Why Osteoporosis isn’t Just a Problem for Senior Women 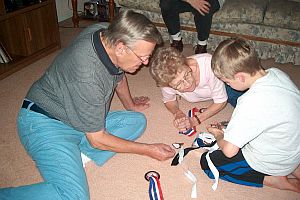 Osteoporosis (from the Greek words for ‘porous bones’) is a progressive bone disease that is defined by a significant decrease in bone mass and density. This bone loss causes fragility and increased risk of fracture. Osteoporosis is most commonly found in post-menopausal women.

All of these statements are facts. Osteoporosis IS a huge problem—particularly for women over 65. However, these facts don’t tell the whole story. According to the American Academy of Orthopedic Surgeons, more than two million men in the US suffer from osteoporosis. Osteoporosis also occurs in young women and even in children. 54 million Americans—including one in four men over the age of 50 and many younger people—will break a bone this year due to osteoporosis. But because of the widespread public perception that osteoporosis only affects older women, many of these cases of osteoporosis will go undetected and untreated.

When it comes to osteoporosis, statistics tell a different story than conventional wisdom.

In one Swedish study, boys aged 8-16 years were 50% more likely to suffer from “low bone density” than girls, and were thus at higher risk of fractures. In another study that followed 363 patients who had suffered non-traumatic hip fractures, approximately one-third of them were male, but only five of those patients–-4.5%–-were actually diagnosed and treated for osteoporosis. Why? Because doctors weren’t looking for it in male patients. At the same time, 27% of the women in this study WERE diagnosed with osteoporosis and treated for it.

The simple truth is that osteoporosis in males and in younger patients isn’t on most family doctors’ “clinical radar.” And while orthopedic doctors have the specialized training and experience to recognize when low bone density and osteoporosis may have played a role in fractures they’re asked to treat, many general practitioners don’t refer their patients to orthopedists for what they regard as common breaks. So the signs get missed.

What can be done to better detect and treat osteoporosis in the broader population?

Simple awareness is certainly one part of the answer to this question. Bone density tests are potentially another. There is a specialized form of X-ray that can measure bone density. The International Society for Clinical Densitometry has established standards for determining which patients—male or female, young or old—should undergo such bone-density testing. For example, men who have broken bones from low-impact force trauma such as falling down in a bathroom (referred to as “fragility fractures”) should definitely be tested. But so should women and younger patients who have no apparent medical reason for being so susceptible to low-impact bone fractures.

The bottom line is that if you or someone you care about is being treated for a bone fracture, it may be in their best interest for someone to ask whether they have been tested for low bone density. Such testing could potentially save them from a great deal of future suffering, and possibly even save their lives.