Why Having a Catch is Good for You at Any Age 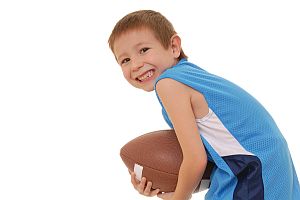 Having a catch is a classic familial activity—the image of a father having a catch with his son or daughter often comes to mind—but there’s more to having a catch than parental bonding. In fact, the ability to throw and catch is good for physical and brain development, as it fosters the brain and body connection. Throwing and catching involves anticipation, advanced planning, and physical movement, and it has been shown to boost cognitive development for young people. For adults, maintaining hand-eye coordination has been found to even slow down aging. Read on to learn more about why having a catch is good for you at any age.

For young children, playing a throwing and catching game is great for brain development and hand-eye coordination, which, according to Psychology Today, leads to overall better cognitive and social skills. Having a catch regularly will help a child improve hand-eye coordination. Developing hand-eye coordination in toddlers is a practical way that parents can give children every advantage for learning and creating social connections while laying the neural groundwork for increasing their overall potential. Planning a throw and then coordinating the muscles to execute that throw is a fun way for kids to train their brains to use their hands and mental skills simultaneously.

Having a catch also gives a child the improved ability to focus on more than one thing at once. Throwing a ball is not just physical—a child has to plan (often subconsciously through practice) how much force to put in each toss, where to aim to keep the ball from going too high or low, and when to release the ball. All these tasks are eventually intuitive and are taken for granted as people age, but it does take skill to throw a ball correctly, and developing this skill trains the brain to perform in other areas as well.

Having a catch isn’t just good for kids, though. In addition to the fresh air and exercise that having a catch gives adults, the act of throwing and catching can help avert the decrease in hand function that is associated with aging. According to a 1992 study published in the Journal of American Physical Therapy Association, as people age, they experience changes in coordination, visual, touch, and auditory processes, as well as changes in the muscular, skeletal, and nervous systems. The decline in speed and coordination of movement are related to a decline in neuromuscular function, which happens as people get older. Sensory processes that are impaired are a factor in decreased motor coordination, resulting in decreased hand-eye coordination as age increases. However, performing hand-eye coordination-building exercises such as catching and throwing can slow these downward trends and help a person stay agile longer.

A regular game of catch can also improve an adult’s eyesight, and a variety of ball activities and exercises can be used to improve hand-eye coordination. Catching, rolling, and throwing are all useful in improving a person’s eyesight, due to the fact that one’s eyes are required to track the ball’s movement and then coordinate with the hands on what they should do next.

Having a catch isn’t just beneficial for one’s health—it’s actually fun. Research has repeatedly shown that fun exercise is the best kind, because it keeps people coming back for more. Consider a game of catch the next time you’re looking for a fun way to get some good exercise, and remember to keep your eye on the ball.