Why Do Schools Perform Spinal Screenings? 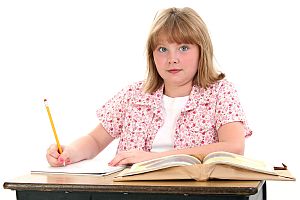 Many schoolchildren around the country are required to undergo spinal screenings at school when they enter certain grades. Some states require a simple manual spinal screening, while others do the screening alongside a mandatory BMI assessment and checks for chronic health conditions. In many states, spinal periodic screenings are offered on a voluntary basis, and local school districts (as well as local health departments) are encouraged to conduct them as a complement to screenings done by chiropractic physicians and other private healthcare providers.

Why exactly do schools provide spinal screenings? The answer is pretty simple. While each of the 50 states has its own standards for when and how screenings are performed, as well as who should perform them, they all share the same basic goal: detecting early signs of scoliosis.

Scoliosis a condition that involves an abnormal lateral curvature of the spine—either to the left or to the right—when viewed from the front or back. The curvature can occur in any part of the back (though some areas are more common than others) and can vary in degree from slight or moderate to severe. Scoliosis is just one of many conditions that can affect the spine, compromising its ability to support the body’s frame correctly and potentially causing reduced strength and range of motion. If left untreated, it can result in deformity and serious damage to major musculoskeletal structures and internal organs.

Before regular screenings were implemented and information on scoliosis and other spinal curvature disorders was widely disseminated, these conditions often went undetected or were already severe when diagnosed. As a result, many children never received treatment at a time in their development when it could have made a significant difference to their health and quality of life.

According to the Standards for Scoliosis in California Public Schools, published by the California Department of Education-Sacramento, signs of scoliosis appear “in about 10% of the population although only about 2% develop a condition which would need medical treatment. Girls necessitate treatment about 8 times more often than boys. A front to back curvature (kyphosis) is not as prevalent as scoliosis, but it affects boys slightly more often than girls. It is most important to detect the condition as early as possible so that treatment can be provided. Without treatment, undetected scoliosis can get worse rapidly during the growth years and result in physical deformity, limitation of physical activity and other more serious complications.”

Common symptoms of spinal curvature include a bump over the shoulder blade, one shoulder or hip higher than the other, unequal distance between the arms and body, and clothes that don’t seem to fit properly. These signs often go unnoticed—and they are easily confused with poor posture.

The first, subtle signs of curvature frequently start to emerge in early adolescence. However, they regularly go overlooked. In children and teenagers who are otherwise healthy, an abnormal curvature nearly always progresses without discomfort. And since adolescents are very often shy about their bodies, they tend not to see primary care physicians on a regular basis. Thus, a young person (and his or her parents) may have no idea that something is wrong. This is one reason that The American Academy of Pediatrics recommends spinal screening as part of a preventive health visit at 12, 14, and 16 years of age.

It is important to understand that early signs of an abnormal curvature don’t necessarily mean that the curvature will persist or become more severe. Early diagnosis is complicated by the fact that it’s generally impossible to distinguish which slight curves are likely to develop into a serious deformity and which are not. This is why early detection is so important. In many cases, all that is necessary is close observation of the child’s growth and possibly special exercises for flexibility. If the curve does start to develop (most often during the youngster’s time of rapid growth), further progression of the curve can often be halted by wearing a back brace—but only if it is worn before bone growth is complete.

If scoliosis becomes severe, spinal surgery may become necessary. In recent years, school-based spinal screening programs have provided the opportunity for early detection, regular monitoring, and reduction in the need for potentially risky and expensive procedures.

Regular preventive healthcare is important for everyone, but it’s particularly important for children, whose bodies are developing in so many important ways. While periodic spinal screenings should be a part of this preventive care, they are not typically included in checkups or wellness visits. Remember that chiropractic physicians are specially trained to diagnose and treat structural conditions that affect the musculoskeletal and nervous systems, including scoliosis. We encourage parents to take a proactive approach to their children’s spinal health. If you have a teenager at home, please consider making an appointment for a spinal screening. Just call or visit our office to learn more!