What Will Healthcare Reform Mean for Access to Chiropractic Care? 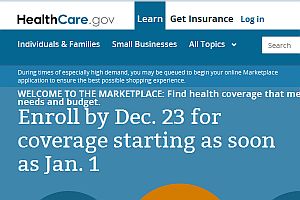 Healthcare reform, also known as the Affordable Care Act (ACA) or “ObamaCare”, means there will be some major changes in everyone’s health care coverage. Its general aim is to slow the overall growth of healthcare costs while at the same time expanding access for more people (especially those with preexisting or chronic conditions and low incomes) and ensuring that certain types of care are included in the mix.

Despite the political controversy, public confusion and technical bungling, there are many positive things about the ACA that shouldn’t be lost in the shuffle.  In fact, three key ideas written into the Act are also at the heart of most chiropractors’ approach to healthcare—inclusion, coordination, and an emphasis on prevention.

All that said, there is still a lot of uncertainty. During the first few months of the rollout, it has become clearer to most Americans that the process itself will be complicated and that there will likely be many unintended consequences. It is also becoming clearer that the actual benefits and costs of healthcare reform are likely to be very unevenly distributed. Whether the ACA increases your own range of healthcare options or decreases your costs for care will depend on your particular situation—your current health and income as well as your prior choices about health coverage. It will also depend on a lot of decisions made by the country’s insurance companies and employers, who must come to terms with new legal obligations and manage the costs of complying with them. The Act’s provisions will be phased in slowly over the next 7 years and will not be complete until 2020. Where chiropractic care fits into these new changes is still not exactly clear, but it will likely be covered at some level.

This is where the ideas of inclusion and coordination come in. One positive aspect of the Affordable Care Act is that insurance companies cannot discriminate against chiropractic care. Section 2706 of the Act states: “… health insurance coverage shall not discriminate with respect to participation under the plan or coverage against any health care provider who is acting within the scope of that provider’s license or certification under applicable State law.” This means that as long as the chiropractor has a state license, their services can be covered. However, the details of the extent of the chiropractic benefits that will be covered has not yet been worked out by the Department of Health and Human Services. The law’s provisions specify that Doctors of Chiropractic, like other health care professionals, are to be included as potential members of interdisciplinary community health teams.

Although the extent of coverage is not yet set, according to the Affordable Care Act, chiropractic services are considered essential health benefits, which means that they cannot have an annual or lifetime dollar limit imposed on them. For example, Blue Cross Blue shield previously had a $1,500 cap on chiropractic services. Under the new Act, Blue Cross now limits visits to 35 visits per year, with no dollar limit. Each insurance provider will impose their own limits, depending on the package you get and which state you live in.

What about prevention? One of the main reasons for implementing the Affordable Care Act is to increase Americans’ ability to utilize preventive healthcare services, since this is one key to reducing long-term healthcare costs and improving overall wellness. A large number of studies have shown that people often achieve better outcomes from chiropractic services than conventional medical care involving drugs and surgery, which also come at higher costs. According to Brian McAulay, a doctor of chiropractic and president of Parker University in Dallas, “One of the things early on that President Obama talked about was bringing more access to wellness and preventive care. Chiropractic at its core is prevention-oriented. We support wellness that prevents serious diseases.”

The “Essential Health Benefits” defined by the ACA take a very broad view of healthcare and it is easy to see how chiropractic care can play an important role.  At the level of policy, this is a very good thing. However, it is the way the Act is implemented that will determine just how much access patients really have to chiropractic care and whether their new benefits under the law will allow them to continue seeing their current physicians. In these key respects, we’ll just have to “wait and see”.