What Type of Glucosamine Supplement is Best? 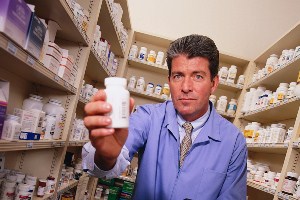 Presently, only a single pharmaceutical company (Rottapharm, marketed under the DONA™ brand in the US) manufactures crystalline glucosamine sulfate (using a patented process), so it seems likely that almost anything else you find on the shelves of your local health food store will be ineffective (apart from a possible placebo effect).

Two three-year studies reported that DONA™ crystalline glucosamine sulfate was an effective supplement.  The first study, published in The Lancet in 2001, found that there was less joint space loss in those taking the glucosamine sulfate as compared with placebo.  The second study, reported in JAMA’s Archives of Internal Medicine in 2003,found similar results to the previous study and concluded that these results “suggest that glucosamine sulfate could be a disease modifying agent in osteoarthritis.”  It should be noted, however, that both of these studies were industry-funded, so there may be some bias involved in the results.  That said, if you plan on giving glucosamine a try, DONA™ is the most likely form of glucosamine to be effective in relieving your joint pain.

Though some forms of glucosamine are synthesized from fermented corn, if you are vegan, crystalline glucosamine sulfate will not be for you, as it is made from shellfish exoskeletons and there are no alternatives currently manufactured.  Those with shellfish allergies are in luck, however, as the manufacturer of DONA™ states that there is no problem for those with shellfish allergies taking their product, as it is chemically synthesized from highly purified chitin, which is not the allergen responsible for causing allergic reactions to shellfish.  However, if you do have a shellfish allergy, it’s always a good idea consult your doctor before taking glucosamine sulfate, just to be sure.