What is “The Mediterranean Diet”? 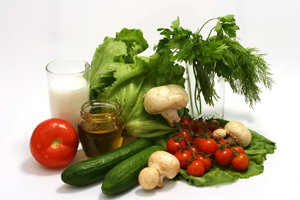 There is a reason why Europeans located around the Mediterranean live as long as they do. France, Spain, Italy and Greece are among the countries with the longest life expectancy in the world (particularly compared with the US, which ranks 38th). Lifestyle plays a major part in how healthy we remain as we age, and following a Mediterranean diet can help you remain healthy and active well into your senior years.

The “Mediterranean Diet” is not a diet in the weight loss sense, but rather a way of eating and living that reflects the lifestyle of the countries around the Mediterranean as they were in the mid-20th century. In his Seven Countries Study, Ancel Keys, a researcher who studied the association between diet and health, found that the traditional diet of cultures located around the Mediterranean was associated with lower rates of heart disease and cancer and the people there enjoyed greater longevity.

Nevertheless, the basic tenets of the diet are sound and are still considered to be good advice for those looking to improve their health. The Mediterranean Diet follows these basic guidelines as to what you should eat:

The Mediterranean Diet can essentially be summed up as the practice of removing processed foods from the diet, and eating fresh, whole foods, particularly fruits, vegetables, nuts and whole grains, and adding fish and poultry in reasonable amounts, along with the occasional glass of wine. As diets go, it’s not one that is unpleasant to follow!