What is REM Sleep and Why is it Important? 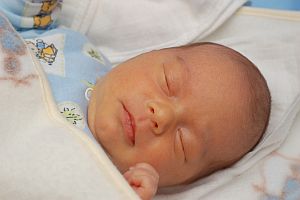 Our sleep cycle is separated into two main components: rapid eye movement (REM) sleep and non-REM sleep (NREM). We cycle between the two all night, with four stages of NREM sleep preceding one stage of REM sleep. NREM sleep is the stage at which our body repairs itself, energy is replenished and our immune system is boosted. A complete cycle of sleep takes between 90 and 110 minutes in total, with approximately a quarter of that time being spent in REM sleep. It is also the stage during which dreaming almost always takes place. Scientists are still trying to discover the extent to which REM sleep affects our health and mental well-being, but they do know that REM sleep is important for the development of creativity and problem solving ability, and is how we learn to adapt to our world.

REM sleep was first formally observed by the scientists Aserinsky and Kleitman in the 1950s, who noted the rapid, jerky movements of the eyes through closed lids, as if the sleeper were seeing something, and noticed that breathing and heart rate increased. Another feature of REM sleep is that the voluntary muscle groups become temporarily paralyzed by the base of the brain “shutting off” the neurons in our spinal cord so we do not act out the dreams we are experiencing as we sleep. The electroencephalogram (EEG) that was attached to the sleepers showed levels of brain activity nearly identical to those who were awake. Contrary to what was previously believed about sleep as being a state in which the brain slows down, during REM sleep, the brain is actually very active. Why may this be?

According to French scientist Michel Jouvet, REM sleep is also a way of programming our brain to adapt to the world around us. Much as a computer can be reprogrammed when it is off-line, Jouvet believes our brain can take information it has received during the day and program the central nervous system to organize or maintain instinctive behavior.

The percentage of time spent in REM sleep is the greatest among babies and children. Babies can spend as much as 50% of their sleep time in the REM stage. And while it has been thought that the dreams we experience during REM sleep are a consolidation of the memories that we have experienced during the previous day, babies in the womb (who experts believe have few or no real world memories) spend most of their sleep time in a state of REM.

Professor of psychiatry emeritus at Harvard University, J. Allan Hobson, says of the purpose of REM sleep, “It’s a reinforcement of basic knowledge—knowledge that precedes any waking-state learning: how to be a person, how to be an ego, how to exist in a space, how to move in a space, how to feel. It’s not environmental memory; it’s genetic memory.”