What is Personalized Medicine? 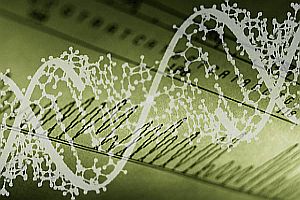 Since the first healers began treating people for illness, the way it worked was that you described your symptoms to the doctor, who would then give you a physical examination and perhaps run some tests. Then he or she would make a diagnosis of your condition and treat you with drugs or other therapies that were standard for that condition. Personalized medicine takes the diagnosis and treatment of disease to a whole new level due to recent advances in genetics.

Scientists are now beginning to understand that each person’s unique genetic and molecular profile gives them greater susceptibility to particular diseases. Personalized medicine is a way of approaching medical treatment for the individual based upon their specific genetic profile. This can allow doctors to design treatments that are likely to be the most safe and effective for that person. For example, one drug may work well for one person, but a different drug may be prescribed for another person because of their different genetic make-up. Doctors can make these choices when they know that specific genetic differences may mean the second person is less likely to respond to a particular treatment or that the drug they’re considering is more likely to cause harmful side effects.

The use of personalized medicine could end up saving money as well, since there would not be as much “trial-and-error” in the approach to diagnosis and treatment as there often is today. Therapies that are likely to be ineffective can be avoided from the start, avoiding the risks and expense of unnecessary medical treatment, and saving the patient and society considerable amounts of money. It also allows for the detection of diseases (or even the likelihood of diseases) at an earlier stage so that treatment can be started earlier, leading to more successful outcomes.

A 2001 study that was published in Trends in Molecular Medicine found that prescription drugs are only effective for between 50% and 75% of patients, on average. This number drops down to 25% for patients with cancer and 30% of people taking drugs to treat Alzheimer’s.

There are efforts currently underway in a few countries to sequence human genomes to catalog all the existing variations. Currently, approximately 98% of the human genome worldwide has been sequenced. The “1000 Genomes Project,” involving 700 scientists from all over the world, sequenced the DNA of over 1000 people from different parts of the world and found 38 million variations in their genetic code. The data the researchers have gathered is the equivalent of 16 million file cabinets or 30,000 DVDs full of information.

Gilean McVean, a statistical geneticist from Oxford University in the UK says “We are getting to the point where an individual genome sequence can be a useful part of diagnosis. If there is a variation that is present in just one in 100 people, we have found it.”

It looks like it may not be too long before your doctor may ask you for a cell sample. Experts estimate that it will be less than ten years before personalized medicine will be available from your general practitioner.