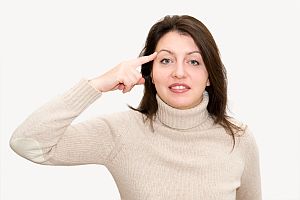 As has been demonstrated time and again, the human brain is a true marvel of evolution. A perfect example of the brain’s complexity and adaptability is neuroplasticity—but what exactly is it? Scientists use the term “plasticity” to generally refer to the brain’s ability to change. We know now that it is possible to form new brain cells called neurons even in adulthood. Not only can the adult brain form new connections to learn new tasks, it can dramatically rewire itself after a trauma. Let’s begin with a few examples to illustrate the scope of what is possible inside our brains.

According to the think tank Big Think, a helpful example of neuroplasticity comes from taxi drivers. “A cab driver’s hippocampus—the part of the brain that holds spatial representation capacity—is measurably larger than that of a bus driver. By driving the same route every day, the bus drivers don’t need to exercise this part of the brain as much. The cabbies, on the other hand, rely on it constantly for navigation.”

Another prime example of neuroplasticity lies with the Sea Gypsies, or Moken, who are “a seafaring people who spend a great deal of their time in boats off the coast of Myanmar and Thailand, [who] have unusual underwater vision—twice as good as Europeans. This has enabled Mokens to gather shellfish at great depths without the aid of scuba gear. How do the Moken do this? They constrict their pupils by 22 percent. How do they learn to do this? Is it genetic? Neuroscientists argue that anyone can learn this trick. Simply put, the brain orders the body to adapt to suit its needs.”

The process of neuroplasticity, also called brain plasticity or cortical mapping, occurs when your brain’s neural synapses and pathways modify and adapt to your environment or behavior, or as a result of neural changes. Here are four key facts about neuroplasticity, taken from Psychology Today:

Neuroplasticity is a complex and long-term process. It actually occurs throughout your lifetime and has many components. Interestingly, it is a physical process which can be directly observed: gray matter contracts and expands; neural connections are reinforced or disappear.

These physical alterations of the brain manifest as changes in ability. “For example,” explain Kathy Hall, Alicia Curtin, and Vanessa Rutherford, co-authors of the book Networks of Mind, “each time we learn a new dance step, it reflects a change in our physical brains: new ‘wires’ (neural pathways) that give instructions to our bodies on how to perform the step. Each time we forget someone’s name, it also reflects brain change—‘wires’ that once connected to the memory have been degraded, or even severed. As these examples show, changes in the brain can result in improved skills (a new dance step) or a weakening of skills (a forgotten name).”

Neuroplasticity is also at work when the brain sustains physical trauma resulting in loss of utility. For someone with a brain injury, neuroplasticity allows the brain to rewire itself to repair or improve brain functioning. Stroke victims are often able to rewire portions of the undamaged brain to regain functions lost as a result of the stroke. People who experience sudden blindness find that their sense of hearing improves dramatically. Even people who have been shot in the head such as Arizona Representative Gabrielle Giffords are able to regain many functions through the miracle of neuroplasticity.