What is Gastric Bypass Surgery? 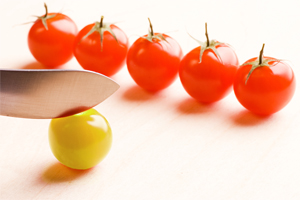 One of the ways to treat people for morbid obesity is by performing gastric bypass surgery. Those with an excessive amount of fatty tissue are at far greater risk of a host of problems such as type 2 diabetes, cardiovascular disease, cancer, asthma, osteoarthritis and chronic back pain. Gastric bypass surgery significantly reduces the volume of the stomach, which in turn alters both the psychological and physiological response to the food that gets put in it, restricting both the amount of food that is ingested and the number of calories it is able to absorb.

The first step in gastric bypass surgery is to reduce the size of the stomach. This is done by the surgeon dividing the stomach into two parts: a small upper pouch, and a larger “remnant” pouch below it. A section of the small intestine is then attached to the upper pouch (which is where the “bypass” part comes in), so food quickly fills the upper stomach and spends less time transiting the small intestine, where nutrients and calories are absorbed.

The reduction in stomach size by over 90% makes the patient feel fuller and they are satisfied faster, so they will eat less and not feel hungry as soon. Just a couple of tablespoons of food are enough to stretch the stomach sufficiently to stimulate its nerves to send a message to the brain that a large meal has been eaten. Additionally, the smaller upper pouch section of the stomach consists of tissue that is less prone to stretching than the lower portion, so it is not as likely to increase in volume and negate the effect of the surgery.

Despite feeling full, many people have a psychological desire to keep eating, but the effect of continuing to eat for someone who has had gastric bypass surgery is to become significantly uncomfortable, or even vomit, if the person does not stop eating or does not eat very slowly. Experts advise gastric bypass patients eat only two to three small meals daily and resist snacking between meals if they are to reap the greatest benefits of the surgery.

Gastric bypass surgery has been shown to be remarkably effective in reducing long-term mortality rates. There is an approximately 40% lower risk of death for those who have had a successful gastric bypass procedure compared to those who remain morbidly obese. The surgery is not without possible complications, however, and there is a 2% risk of surgery-related death within one month of surgery.

Gastric bypass patients are also advised to get counseling on how to establish healthy eating habits so they do not gain back the weight over time. Despite the risks involved, for certain people who are morbidly obese, gastric bypass surgery may reduce their long-term risk of death.