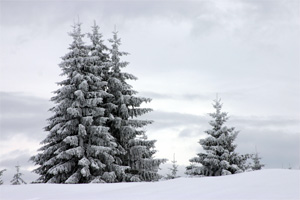 A fairly new form of therapeutic treatment, cryotherapy involves temporarily exposing the body to extremely cold temperatures in order to encourage healing and achieve other health-related goals. Shown to decrease inflammation of the body’s tissues (including muscles and joints), cryotherapy can also support the enhancement of the body’s circulation as well as decelerate cellular metabolism and reproduction. Cryotherapy is often used to ease discomfort and muscle spasms in addition to decreasing swelling from injuries. Many studies have concluded that cryotherapy stimulates accelerated healing in joint, muscle, and tendon injuries.

Modern cryotherapy was developed by Japan’s Dr. Yamaguchi in 1978. For pain management purposes, Dr. Yamaguchi began utilizing very short bouts of freezing treatments on the skin surface of his rheumatoid arthritis patients. With this treatment, Dr. Yamaguchi discovered that he could considerably decrease the pain and discomfort that his patients often felt in their joints due to the rapid decrease of temperature on the outer layer of skin, which leads to the instantaneous release of endorphins, thereby making patients less sensitive to pain.

Cryotherapy is not the same thing as cryosurgery, which is used for eliminating dead or diseased tissues and includes the intensive application of extreme cold to the tissue that is to be removed. This is usually facilitated through the use of liquid nitrogen. Used to eliminate skin tags, warts and moles, cryosurgery has even been used in the treatment of some forms of cancer.

Cryotherapy works by lowering the skin temperature of the body very quickly for a small amount of time—generally no more than four minutes. The treatment takes place in a cryotherapeutic chamber which is roughly the size of a tanning booth. The intense but brief decrease in the body’s temperature results in the release of adrenaline, giving an instant lift to the body’s immune system. This immune system enhancement can last from days to weeks. There is also a shorter-lasting release of endorphins, which naturally kills pain in the body. Cryotherapy proponents claim that these releases result in faster healing and stimulate well-being in the organs, cells, and systems.

Other frequently-cited benefits of cryotherapy include improved circulation, better metabolism, detoxification of the skin, liver and lymph systems, and improved immune function. Cryotherapy can also stimulate more rapid muscle regeneration from injuries and faster restoration from fatigue. Relatively safe and non-invasive, cryotherapy is becoming available in more and more clinics and spa-like facilities around the world, and professional and amateur athletes represent a good portion of patients overall. Many athletes use cryotherapy before and after workouts and competitions in order to train more vigorously and recover more quickly. Before workouts, cryotherapy can heighten energy and raise the metabolic rate. It also assists in the recovery process in place of an ice bath.

Proponents of cryotherapy believe it has a long list of other potential health benefits as well: cryotherapy is said to not only help reduce pain but also the signs and symptoms of arthritis, tendonitis, fibromyalgia, migraines, and psoriasis. It can also stimulate improved stamina, speed, and strength and result in a healthier skin tone, a reduction in cellulite, less insomnia and better sleep, reduced stress levels, and reduced levels of anxiety and depression. Cryotherapy is still relatively new and it will be interesting to follow which of these claims stand up to more rigorous scientific scrutiny in the future.