What Everyone Should Know About Heavy Metal Poisoning 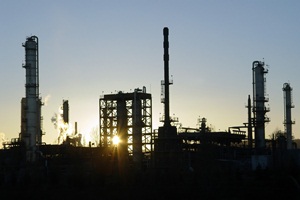 Even if you do not spend a lot of time in an industrial manufacturing environment, there is a chance that you may be exposed to heavy metals on a regular basis. Although it is not a common problem, you could be at risk of heavy metal poisoning (sometimes referred to as heavy metal toxicity) from such things as eating lots of large fish, getting some types of immunizations and painting your bedroom.

There are 35 metals that are considered toxic to us, though only 23 of them are actually categorized as “heavy metals”. Of these, the 15 most common (and therefore the ones to be most concerned about) are arsenic, bismuth, cadmium, chromium, cobalt, copper, iron, lead, manganese, mercury, nickel, selenium, silver, thalium and zinc. Some of these (such as copper, iron, manganese and zinc) are metals that our bodies require in trace amounts in order for us to maintain good health. However, an overabundance of any of these metals can lead to serious health problems such as reduced function of the brain and central nervous system, alteration to the structure of the blood and major organ damage.

The problem lies in the fact that the body cannot metabolize heavy metals easily, so they bioaccumulate in the soft tissues. Arsenic, lead and mercury are the most frequent sources of heavy metal toxicity.

If you have many of the above symptoms, there are a few tests you can take to determine if you have heavy metal poisoning. Tests that can determine the presence of heavy metals in your body include a blood test, urine test, x-rays, fecal analysis and a hair and fingernail analysis.

Following are some tips on how to reduce your risk of heavy metal poisoning: