What Does it Mean to Be “Double Jointed” and is it Dangerous? 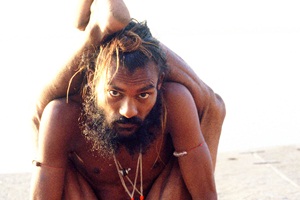 If you have ever seen a contortionist in a circus or know someone who can bend their thumb back far enough to touch their wrist, you have seen an example of someone who is double-jointed.  However, the term “double-jointed” is actually something of a misnomer, since the super-flexible person you saw most likely has the exact same number of joints as those of us who are less stretchy.  The medical term for this condition is hypermobility, and approximately four to seven percent of the general population has at least one joint that is considered hypermobile.

Hypermobility describes a situation in which the joints and their supporting tendons and ligaments are far more flexible than usual.  This can be due to a number of different causes. Flexibility normally varies depending on age and activity.  For example, a 20-year-old is usually more flexible than someone who is 75 years of age.  Our connective tissue changes over the years, becoming more inflexible due to the chemical changes and tiny tears it incurs over the course of life.  Also, those who use their bodies for performance, such as athletes and dancers, tend to be more flexible than the general population.

Hypermobility tends to run in families, suggesting that it may be at least partially genetic.  The shape of your bone ends determines to some extent how far your joints can bend.  Those with shallow sockets can bend joints farther. Lack of muscle tone also allows joints to bend more.  Pregnant women commonly are more flexible due to the hormone relaxin that the body produces to make the pelvis more flexible in preparation for childbirth.  Although these are relatively harmless causes, hypermobility can also be an indication of more serious underlying diseases.  Marfan’s syndrome and Ehlers-Danlos syndrome are associated with hypermobility.  Hypermobility can also contribute to the development of osteoarthritis.

Marfan’s syndrome is a genetic condition involving the development of abnormal connective tissue, such as in the tendons, ligaments, blood vessels, cartilage and bones.  Leaky heart valves, poor eyesight (due to weakness in the ligaments supporting the lens) and ruptured blood vessels are common problems associated with this disease.  Ehlers-Danlos syndrome is also a genetic disease with symptoms similar to Marfan’s.  Easy bruising, scoliosis and slack skin are other symptoms common to this disease.

Although hypermobility is not necessarily dangerous in itself, it can cause a number of problems.  Joint pain, back pain, muscle pain, osteoarthritis and fibromyalgia are all common complaints among those who are double jointed.  Treatment includes the use of joint supports, strengthening exercises, anti-inflammatory pain medications and visits to a physiotherapist or chiropractor.

Due to the ease with which people with hypermobility can find their joints out of alignment, regular visits to a chiropractor for an adjustment can help reduce pain and lower the likelihood of further damage.  Your chiropractor can also recommend the best exercises to use for strengthening the joint area.