What Does a Chiropractic Clinical Neurologist (DACAN/DACNB) Do? 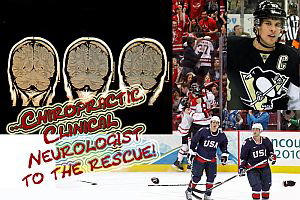 A chiropractic clinical neurologist (DACAN/DACNB) is a member of a select group of chiropractors who have gone beyond general practice. A DACAN/DACNB specializes in the chiropractic treatment of conditions of the nervous system.

A DACAN/DACNB is expert at treating conditions including not only back pain, but also dizziness, fibromyalgia and IBS, among other conditions of the nervous system. The chiropractic neurologist uses techniques that involve both the body and the environment to improve the patient’s health. In particular, he or she is trying to improve the relationship between the body’s musculoskeletal and nervous systems.

Dr. Ted Carrick is a key pioneer in the field. His techniques have been described as “re-activating pathways in the brain.” Some treatments are as simple as doctor-guided motions or exercises. A chiropractic clinical neurologist may also use something called a GyroStim—a full-body gyroscope to spin the body and stimulate the entire nervous system. The techniques of a DACAN/DACNB are generally less invasive than the drugs or surgery used by conventional medical neurologists.

One person who has enjoyed the benefits a chiropractic clinical neurologist can provide is professional hockey player Sidney Crosby, who received high praise from the likes of hockey legend Wayne Gretzky—even while Crosby was still an amateur.

As a professional, Crosby had played more than five seasons with stellar results. But on January 1, 2011, Crosby ran into trouble. He received his first concussion as a professional player. Only four days later, he received another concussion. His symptoms worsened, and soon he was missing games. In fact, he did not return to action until late November the same year—more than 11 months later.

“When you get a typical injury you’re given a time frame, you’re gradually working towards getting back,” Crosby said. “With concussions there is not generally a time frame or a span where you’re feeling better. You feel like you’re getting better and it can be one day and you’re back to where you started. It’s a frustrating injury… It’s a hard one to understand unless you’ve gone through it.”

In an interview with The Globe and Mail, Crosby talked about the help he received from Dr. Ted Carrick. Only through those treatments was Crosby able to return to the ice.

When asked if he had experienced any concussion symptoms since completing his treatments with Dr. Carrick, he vigorously pointed out that he had not. Even after breaking his jaw when he took a puck to the face in March, 2013, he felt no symptoms from his prior head injury.

“I’ve had a good couple of bumps along the way,” Crosby said. “Obviously getting shot in the face was a good test.”

While it is true that some physicians in more traditional medical disciplines are skeptical or even critical of chiropractic neurology, typical mainstream treatments had failed Sidney Crosby. Only chiropractic neurology delivered the results that allowed this young superstar to return to the game he loves.