What Are Psychosomatic Symptoms? 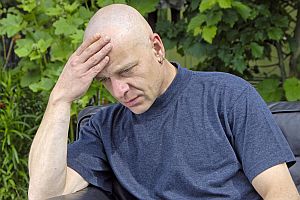 You or someone you know may at some time have suffered from a psychosomatic disorder. A psychosomatic disorder is defined as an illness that seemingly has no known physical cause. In one three-year study performed on over 1,000 patients who had visited their primary care physician to complain of one of 14 common symptoms, a physical cause for their complaint could be found in a mere 16 percent of cases. The symptoms involved included headache, fatigue, insomnia, dizziness, chest pain, back pain, abdominal pain, edema, shortness of breath, numbness, cough, constipation, impotence and weight loss. This does not necessarily mean that 84 percent of these cases were psychosomatic, but it does raise a very interesting question about how many illnesses originate in our heads.

It is not at all unusual for problems with stress, depression, or other psychological disorders to manifest themselves in the body. The mind-body connection is a strong one, as has been shown by the potency of the “placebo effect.” Although a person’s physical symptoms may be psychiatric in origin, it does not make those symptoms any less real. People who suffer from psychosomatic illness experience the same symptoms and level of pain as those who have a clearly identified physical origin for their symptoms.

One type of psychosomatic disorder is called a “conversion disorder.” This is when someone has experienced such an intense psychological trauma that it converts into a paralysis of some sort, such as temporary blindness, an inability to speak or hear, or paralyzed limbs. With therapy, the person is able to regain the function they lost.

Stress and anxiety can cause a host of physical problems, or can worsen the symptoms of an illness someone already has. For example, anxiety causes the release of stress hormones into the bloodstream, which can cause symptoms such as a fast heart rate, sweating, headaches, chest pain, heart palpitations, feeling nauseated, shaking (tremor), dry mouth, a knot in the stomach, and rapid breathing. Many times the person thinks they may be suffering a heart attack, as many of the symptoms are similar. However, after a trip to the emergency room they may be told that they have no heart problems at all.

It is always a good idea to get any symptoms you may have checked out by a doctor to rule out a possible organic illness. But if no physical cause has been found, and the symptoms persist, you may want to consult with your physician about other specialists who are trained to help you pinpoint underlying psychological or emotional causes for your symptoms.  This may help you find answers to your health questions while avoiding unnecessary medications or medical procedures.