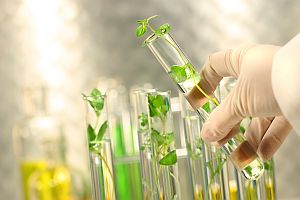 Many people are becoming disillusioned with a 21st century pharmaceutical industry that promotes taking a different drug for every ailment from anxiety to zits. Others question the drug approval process used by the FDA and are bothered by the fact that safety studies are performed by the pharmaceutical companies themselves. They point out that the long-term effects of new medications are often uncertain even after testing, and that the negative side effects can be serious.

At the same time, researchers and clinicians continue to discover new links between what we eat and drink and our overall health and well-being. Even among the general public, the fundamental importance of nutrition is becoming clearer and clearer as we face a growing number of so-called “lifestyle diseases” that are caused (at least in part) by the type, quality and amount of food that we eat.

So it’s not surprising that scientists are trying to improve our understanding of food and to make its benefits more accessible to more people. As this happens, it seems likely that we will find ourselves turning to “nutraceuticals” to prevent or treat our illnesses, even if we’ve never heard that word before or don’t know what it means.

Dr. Stephen DeFelice, from the Foundation for Innovation in Medicine, first coined the term nutraceutical (sometimes also spelled nutriceutical) in 1989. He defined it as meaning “food, or parts of food, that provide medical or health benefits, including the prevention and treatment of disease.” This definition includes not only special fortified foods, but also herbal products, dietary supplements, genetically modified foods and foods processed to include specific nutrients.

Studies have shown that some nutraceuticals are indeed effective in promoting certain health benefits. However, the regulation of some of these substances is inconsistent, and not every nutraceutical product claiming to have health benefits can actually support those claims. For instance, the vitamin D added to milk that has been proven to help prevent rickets in children (once a widespread problem) can be considered a nutraceutical.  So can the active cultures in some types of yogurt. But the claim that raspberry ketones will help you lose weight, as touted by the popular Dr. Oz, is tenuous at best. So it may be a nutraceutical without the health benefit.

Nevertheless, some nutraceuticals are considerably better for your health than taking a drug. Cultures the world over have been using natural food and herbal remedies for centuries, often with great results and no negative side effects. It is important, however, to judge which are safe to take, and in which amounts.

Just because a food or supplement is “natural” does not necessarily mean it is safe for you. It is important to consult with a health professional as to which nutraceuticals may be right for your particular condition and check to ensure that the manufacturer has used quality ingredients in the production of the nutraceutical. Because these products are largely unregulated, the ability to enforce standards (in particular, the source and amount of active ingredient) is more limited than what we’re accustomed to in the world of pharmaceuticals. So if you’re taking horsetail to help with your hair growth, some supplements may contain 7% and some 10%. Differences like this can make matter a lot when it comes to effectiveness and safety depending on the nutriceutical involved.

It is generally healthiest to get the nutrients you need by following a varied diet rich in whole foods. However, if this is not possible, neutraceuticals may be the next best thing and may help you to avoid the health risks and expense associated with pharmaceuticals.