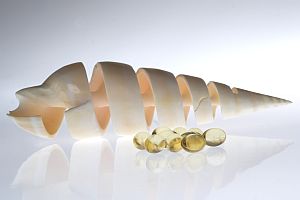 As opposed to macronutrients (protein, fat and carbohydrates), micronutrients are necessary in the diet only in very small amounts. They are what we commonly refer to as vitamins and minerals. But despite the fact that we need very little of them, if we are lacking in even one of these micronutrients, it can wreak havoc with all of our body’s systems. Micronutrients are essential for the production of enzymes, hormones, and proper growth and development.

It is important to eat a varied diet consisting of both plant- and animal-based foods because no single food contains all the micronutrients the body needs. For example, as healthy as broccoli is, if you ate nothing but broccoli you would end up being severely malnourished. Although you would receive a healthy amount of vitamin C and good amounts of vitamins A and B6, it is completely lacking in vitamin B12, which after a time would lead to you developing anemia and other significant health problems.

Even though some micronutrients are required only in trace amounts, such as copper, selenium, chromium, manganese and zinc, some populations are deficient in these nutrients either through an insufficiently varied diet, or mineral depletion in the soil the food is grown in. Modern farming practices have led to significant soil depletion in many areas of the world and the crops grown on that land are less nutritious than they were 50 years ago.

A study published by researchers from the University of Texas at Austin that compared data from the U.S. Department of Agriculture in 1950 and 1999 found that there had been significant reductions in the amount of nutrients found in 43 different fruits and vegetables over that 50-year time span. Nutrient data from 1975 to 1997 was analyzed by researchers at the Kushi Institute, which found an average drop in calcium levels of 27% in 12 fresh vegetables, vitamin A levels had dropped 21%, iron levels had dropped 37%, and vitamin C levels were 30% lower in just over 20 years. Another study found that we would have to eat 8 oranges today to get the equivalent nutrients that our grandparents would have gotten by eating just one.

This illustrates why it is so important to eat a healthy selection of fruits and vegetables. To get as many nutrients as possible from the foods you eat, you may want to consider buying locally-grown or organic produce when possible, since this produce is likely grown in healthier soil. You can also get a concentrated amount of vitamins and minerals by preparing a daily serving of juices or smoothies. This enables you to consume more fruits and vegetables than you may otherwise be able, ensuring that you get all the micronutrients you need to maintain the health of all your body’s systems.