What Are Blood Clots and When Are They Dangerous? 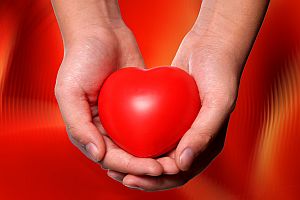 The ability for blood to clot evolved as a mechanism for keeping us from bleeding to death when we receive minor injuries. People with the genetic condition hemophilia lack the substance in their blood that spurs it to clot. This can lead to death at a young age due to hemorrhage. When we first receive a cut, platelets in our blood collect at the site to form a temporary barrier. Then these platelets send out chemical signals that cause the blood’s clotting factors to replace the platelets with fibrin, which is tougher and more durable than the platelet barrier. When the bleeding is sufficiently stopped, anti-clotting proteins are then released that stop the clot from growing larger and spreading.

However, sometimes blood clots develop in an abnormal fashion or break off and travel to other parts of the body where they can cause serious medical problems, such as a stroke or heart attack. More than one in every thousand people develops a venous thrombosis (blood clot in a vein), which may prove fatal. The aging population and increased immobility due to lack of exercise and obesity have served to contribute to ever increasing rates of venous thrombosis. A study reported in the American Journal of Hematology predicts rates of venous thrombosis to more than double by 2050.

Clots are most likely to form when the flow of blood through the veins is slowed, such as when sitting in a chair for long periods of time, or when confined to bed. Those at greater risk for developing blood clots are the elderly, smokers, those who have recently had surgery to the hips or knees, pregnant women, women who use oral contraceptives or HRT, and those who are immobile due to illness, travel or surgery. Long plane flights are a well-known contributor to episodes of deep vein thrombosis (DVT), due to the extended periods of immobility imposed on passengers.

Symptoms of a clot are relatively obvious. Because a clot in a limb blocks the drainage of blood, the limb becomes swollen and reddish or purple and the skin becomes tight and shiny in appearance. If the clot is not dealt with in a speedy fashion, part of it can break off and travel through the circulatory system, where it can block a blood vessel in the lungs, causing a pulmonary embolism (PE). Symptoms of a PE include chest pain and shortness of breath, although some people do not exhibit these symptoms.

In order to help prevent blood clots, there are a few precautions you can take. If you will be traveling or immobile for long periods of time, be sure to increase your intake of water. This has been shown to help keep blood flowing. Take frequent breaks for exercise, if possible. Even if confined to a chair, you can practice some simple leg exercises such as flexes and stretches. Finally, you can invest in specially-designed compression stockings that can help to support the flow of blood through the veins.