Use of Sports Supplements by Young Athletes 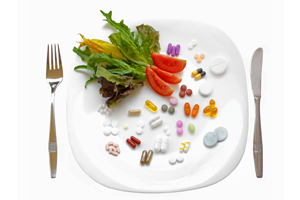 In recent years, the use of performance enhancing supplements has become an increasingly important issue in the teenage population. The most commonly used supplements among teenagers of all ages were vitamins and minerals, though “ergogenic aids” are used by some teen athletes specifically to enhance performance. Among these aids are substances such as caffeine, creatine, ephedra, human growth hormone (HGH) and anabolic steroids.

Of the vitamin and mineral supplements, mutivitamins, vitamin C, calcium and iron were reported as being taken most often. While the risks of taking vitamin supplements is relatively low, there is some concern that young athletes may then progress to taking more dangerous substances under the impression that they are as harmless as vitamins and minerals. And while the risk of overdose with vitamins and minerals is low, it is not nonexistent, and some vitamins can be toxic when too much is taken (such as iron and vitamin A) or may interact with other vitamins or drugs.

Although many performance-enhancing supplements are advertised as being safe – especially those made from natural compounds –  a great number of them have not been tested by any regulatory agency, so their actual safety is not known. In addition, there are no formal guidelines for dosage in many cases, so there could be adverse side effects if too much is inadvertently taken.

The pressure to excel at sports is greater than ever, and there is increasing competition to get into elite sports programs where they have a better chance of being discovered by professional sports scouts looking for the next big star. The possibility of fame and fortune can be a strong enticement to young athletes to try performance-enhancing supplements to give them an edge over their competition. And often it is their coach that suggests or encourages this practice.

According to studies done on high school athletes, they report taking supplements to not only enhance performance, but also to encourage growth and muscle development, prevent illness and reduce fatigue. Supplement use was greatest among athletes who practiced two or more different sports and those who were required to “bulk up”, such as wrestlers and weight lifters.

While the opinions of friends, teammates and coaches was a big influence on the decision of young football players to take supplements (particularly creatine) interestingly, it was their parents who had the greatest amount of influence on their decision. So it is incredibly important for parents to be educated as to the benefits and drawbacks of each of these supplements for young athletes. If you are the parent of a teen athlete, have a conversation with your child about supplements. Don’t lecture, but involve them in the process of doing research. You may be surprised what you both find.