Unintended Consequences: Marijuana Use Tied to Changes in the Brain 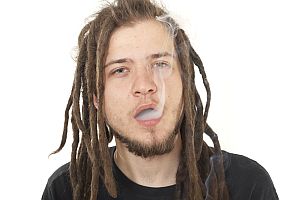 Over the past few decades, growing numbers of people in the U.S. have come to think about marijuana as harmless. Others have even embraced it as beneficial under certain circumstances, pointing to its purported medical value. So it’s not too surprising that long-running legalization efforts in some states have recently led to marijuana’s decriminalization and increased availability. However, a study published in the Journal of Neuroscience sheds new light on the subject—and its findings come out against the commonly held belief that marijuana use is completely innocuous. Researchers at Northwestern University Feinberg School of Medicine have found that even casual use of marijuana can cause structural changes to areas of the brain that control emotion, motivation, and reward.

The study analyzed 40 students between the ages of 18 to 25 in the Boston area. Half of the subjects used marijuana recreationally—at least once a week—and the other half did not use it at all. Psychiatric interviews and tests revealed that none of the students met the criteria for drug dependence, and their cannabis use did not interfere with their studies, work, or social habits. However, when using MRI scans to study the students’ brains, the researchers found changes to the volume, shape, and density of the neurons in two important areas: the amygdala and the nucleus accumbens. The changes were found to be more pronounced in people who reported using marijuana more frequently during an average week. Study leader Dr. Hans Breiter said of the findings, “There was a direct, consistent relationship between how much marijuana they used and the abnormalities we saw.”

While the brain abnormalities and their relationship to marijuana use are clear, it’s less clear what these changes to the brain’s structure might actually mean for these individuals. Breiter continues, “These are two brain regions you do not want to mess around with. All parts of the brain are important, but some, like these, are more fundamental. It raises a very serious issue, given that we saw these changes in casual marijuana users.” Previous studies had revealed similar changes in brain structure among heavy users of cannabis, but this is the first study that indicates that even casual use can alter a person’s brain.

“The earlier the onset of marijuana use in a kid, the worse potential implications you could be seeing,” Breiter said. Another study author, Jodi Gilman of the Massachusetts General Hospital Center for Addiction Medicine, says, “We just don’t know how much is safe. It’s not harmless. We don’t know the harm, but it’s not free from harm.”

Breiter also commented that the concentrations of THC (the psychoactive component of cannabis) are not the same as they used to be: “Levels of THC are about sevenfold what they used to be. That’s a substantial change in the dosing of THC that these young people are getting. The experience of people in the ’60s and ’70s may not be the same experience as people today.”

Interestingly, some proponents of cannabis decriminalization have welcomed the research findings. Paul Armentano, deputy director of the pro-marijuana advocacy group NORML, says that his group presents an argument for legalizing marijuana but tightly regulating it, as alcohol, tobacco, and prescription drugs are. He says, “It’s precisely because of these consequences that these products are legally regulated, and their use is restricted to particular consumers and specific settings. A pragmatic regulatory framework that allows for the legal, licensed commercial production and retail adult sale of marijuana but restricts its use among young people—coupled with a legal environment that fosters open, honest dialogue between parents and children about cannabis’ potential harms—best reduces the risks associated with the plant’s consumption or abuse.”

Marijuana consumption in the Netherlands—where cannabis use has been condoned but controlled since the 1980s, just as Armentano recommends for the U.S.—certainly supports his case. Despite its availability, fewer than 26% of the Dutch population has ever tried marijuana, compared with 41.9% of Americans, and the Netherlands has the lowest problem drug rate in Europe.

But this is a touchy subject, with scientific and humanitarian arguments often clashing with economic interests and many people’s moral judgments about any type of drug use. The trend toward marijuana decriminalization in America—for both medical and recreational use—seems at this point to be irreversible. The one new issue this study brings to the already heated debate is that cannabis use is NOT necessarily without long-term impact, especially on young people. More studies are needed to determine exactly what the effects of this drug actually are so that society can balance the risks and manage the costs that will inevitably come with decriminalization. Whether it’s legal or illegal, though, it’s critical for people to understand the potential consequences of marijuana use.