Understanding the Generic Drug Trend: What Patients Should Know 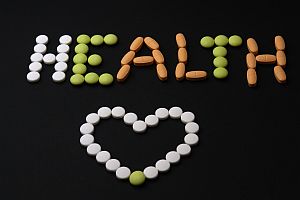 Chiropractic physicians promote a holistic approach to healthcare and wellness that emphasizes alternatives to pharmaceuticals and surgery. At the same time, patients often have questions about the safety and effectiveness of treatments they see discussed in the media.  It’s also common for them to have questions about larger trends that may affect their own healthcare choices.  The growing use of generic drugs is one of those trends.

If you’ve reached your 40th birthday, you might remember a time when generic drugs were not so popular. In 1984, when the Hatch-Waxman Act was first enacted to help speed the entry of generic drugs to the market while simultaneously protecting the patent rights of the brand-name pharmaceutical companies, generic drugs accounted for a mere 19% of prescriptions. In 2012, that percentage skyrocketed to 84%, according to research firm IMS Health. Generic drug use has both positive and negative aspects, and it is usually up to the consumer to decide whether to trust that these drugs are as good as the brand-name version.

Every drug developed has a generic name for its active ingredient, and the pharmaceutical companies add their own brand name to each one. For example, the generic drug ibuprofen is manufactured under the brand names Advil and Motrin, among others. According to Food and Drug Administration (FDA) regulations, a generic drug must be “bioequivalent” to its brand-name counterpart in order to receive FDA approval. This means that the maximum concentration of a generic drug’s active ingredient in the blood must not be more than 20% below or 25% above that of the brand-name drug.

In addition to containing the same active ingredient, the generic drug must be the same in terms of strength, dosage form (pills, liquid, etc.) and means of administration, and meet the same standards of purity, strength and quality. Theoretically, the only differences between a name-brand drug and its generic equivalent are the way the drug looks and its inactive ingredients. Generic drugs use different binders, coloring agents and preservatives.

Generic drugs are usually considerably cheaper than the name-brand. Overall, the cost of a generic drug is about 75% less than the name-brand version. In part, this is because the manufacturers of generic drugs do not need to make the same large investments in research and development (R & D) as discovery-oriented pharmaceutical companies.  It’s also because generic drug manufacturers don’t usually devote significant resources to educating doctors about their products or advertising them to patients. Since they’re offering versions of drugs that have already been in widespread use (not new or innovative ones), there’s no need to market in the same way.

It’s the large investments and large risks involved in drug discovery that have led government regulators to provide 20-year patent protection for companies that develop a new drug. This protection gives companies a window of exclusivity to build a market and recoup their R & D investments without having generic competitors in the market.

However, once a drug’s patent expires, the pharmaceutical company that originally developed it doesn’t usually just start sharing its formulation and manufacturing processes with generic producers (though there are some instances where this occurs). In most cases, generic drug companies must perform some reverse engineering to figure out how the drug is made. And—although the active ingredient remains the same—the other ingredients that go into making the drug and the specific procedure followed can vary widely.  This means that there can still be meaningful variability among different versions of the same basic drug, even when the different versions meet FDA requirements.

Even if generic drug companies adhere to the FDA rules that do not allow for variations from the original of less than 20% or more than 25% concentration, it would clearly still be possible for two different generic drugs to have a 45% difference in concentration from each other. In addition, the inactive ingredients may be of lower quality or may affect the active drug’s bioavailability. Some generics may release the active ingredients into the blood more quickly, leading to negative side-effects such as dizziness or nausea.

Given the substantial cost savings involved for patients and insurers (both public and private), it’s unlikely that these kinds of potential drawbacks will slow the purchase of generics. However, both regulators and consumer advocates are aware of the issues and are moving to address them. According to an article in Fortune, “The generic-drug industry has agreed to pay $299 million a year to the FDA over five years to speed up the review and approval of generic-drug applications and increase inspections of generic-manufacturing plants abroad.”

Remember—it’s always best to use pharmaceuticals judiciously. While they have their place, they also have their limitations and their risks. It’s also important that you understand your other alternatives. If you do need to use over-the-counter or prescription medication (whether brand-name or generic), be sure to follow the directions and tell your doctor if you experience any side-effects.