The Science Behind No-Carb and Low-Carb Diets 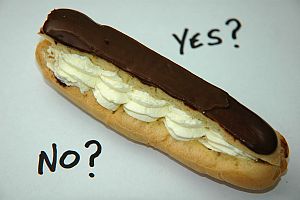 Our earliest Paleolithic ancestors naturally followed a low-carb diet, since we hadn’t yet learned how to cultivate grains. They relied primarily on protein and fat to keep them going until about 10,000 years ago when modern humans developed agriculture. If a diet high in protein and fat had not been healthy for our ancestors, they would likely not have survived to their genes on to future generations.

Fast forward to today. Type 2 diabetes is now one of the most common chronic diseases in the western world. Many researchers believe our excessive consumption of carbohydrates has something to do with it. Every time you eat a piece of bread or a plate of pasta, or drink a sugar-laden soft drink, it causes insulin to surge in response to the sharp rise in blood sugar. After a while your pancreas has had enough.

Scientist and dietitian Jeffrey S. Volek, author of the book The Art and Science of Low Carbohydrate Living: An Expert Guide to Making the Life-Saving Benefits of Carbohydrate Restriction Sustainable and Enjoyable, says “At least half the adults in this country and a growing number of adolescents have some degree of insulin resistance. Someone who is resistant to insulin is intolerant to carbohydrates to some extent. So we believe that reducing carbohydrate intake is the most effective way to address the disease.”

A string of research studies performed over the past 50 years has found no association between the consumption of natural saturated fat (such as that in butter and eggs) and cardiovascular disease. In fact, some studies show that those who do not get enough saturated fat in their diet actually have a higher rate of death from heart disease. What studies seem to be pointing to as the culprit in heart disease is the consumption of sugar and simple carbohydrates.

In regard to weight loss, at least 18 published studies have shown that people on low-carb diets experience greater weight loss than those on either a low-fat or low-calorie diet. The insulin that is released when carbohydrates are consumed signals the body to store that carb energy as body fat. If protein and fat are eaten instead, blood sugar remains more even and the calories consumed are burned directly for fuel.

Studies have shown that low-carbohydrate diets lower triglycerides and bad cholesterol, raise levels of good cholesterol, reduce PCOS, irritable bowel syndrome, GERD, diabetes and heart disease. Given all these positive effects, and the research supporting it, it’s somewhat surprising that not more of the medical establishment has championed the low-carb diet. But old habits are hard to break, and there are now growing numbers of physicians talking to their patients about the benefits of a low-carb diet. Volek says “There is a need to get this message out to people because it is such a powerful tool and it is completely underutilized. That is what we are trying to get across to people. This is something that can literally save lives.”