The Role of Sodium in Your Diet 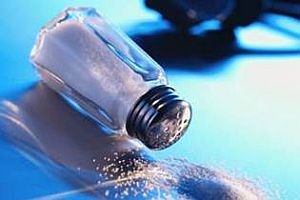 Most people get far too much sodium in their diet. A recent study by the Centers for Disease Control and Prevention (CDC) found that the adult intake of sodium averaged 3,466 mg per day. Perhaps even more disturbingly, children were not far behind at a daily 3,387 mg. Both of these numbers have become cause for concern in the healthcare community because they are considerably higher than the government’s recommended daily intake of 2,300 mg. The high intake of sodium can cause high blood pressure and raise your risk of suffering a stroke or heart attack. Nevertheless, eating too little salt can be just as bad.

A Journal of the American Medical Association (JAMA) study found that low-salt diets are not only ineffective in preventing high blood pressure, but they may also make it more likely for people on the diet to die from a stroke or heart attack. Similar findings appeared in a 2006 study that was published in the American Journal of Medicine, in which a low-salt diet was associated with a significant increase in the rate of heart attacks. In addition, scientists found that restricting sodium may encourage insulin resistance, thus increasing the risk of diabetes.

However, there are some populations that do need to maintain a sodium intake as low as about 1500mg per day. This includes children, the elderly and anyone with hypertension or heart disease. Considering the excessive amounts of sodium in the typical American diet, this may be much more difficult than it seems.

Most American diets (and increasingly those in the rest of the developed world) consist of processed food and meals from fast food restaurants, which is where the majority of dietary sodium can be found. Interestingly, only about 10% of our daily intake of sodium originates from the salt shaker on the table or in home cooking. Manufacturers add sodium to processed foods in order to increase flavor and extend shelf life.

Most of the sodium found in prepared foods is pure sodium chloride, which is essentially the same as refined table salt, only food manufacturers use larger amounts of it. All salt originates from evaporated seawater, which consists mostly of sodium chloride. But seawater that has simply been evaporated also leaves behind trace elements of other important minerals such as calcium, potassium and magnesium that processing strips away. The refining process not only removes important trace elements, traces of other substances are added during the refining process, such as ammonium citrate, sodium ferrocyanide, aluminum silicate and bleaching agents.

Sodium, in combination with the important minerals mentioned above, is vital to the body’s proper functioning, allowing our muscles to move and our hearts to keep beating. It also helps the body maintain a healthy balance of fluids and allows us to think clearly. If we sweat to the point of dehydration, it is important not only to take in enough water, but to take in some salt as well in order to replace lost electrolytes.

So you want to be sure to keep your intake of salt within recommended limits, while using salt that has been processed as little as possible. Unrefined sea salt (particularly Celtic sea salt, gray salt and Himalayan sea salt) contains up to 90 different trace elements. Also, unrefined salt contains less sodium (typically 85%-90% as opposed to 98%) and tastes far more flavorful, allowing you to use less of it for the same effect.