The Power of Proper Nutrition: For the Mediterranean Diet, the Jury is In! 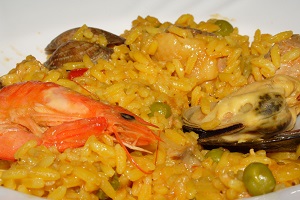 Although the health benefits of the Mediterranean diet have been supported by anecdotal evidence and have been touted for years by health gurus and even a large number of doctors, it is only recently that the science to back up these claims has emerged. Researchers from the University of Barcelona performed a large-scale 5-year study that found that those who follow a Mediterranean diet can reduce their risk of death from the effects of cardiovascular disease, such as heart attack and stroke, by 30 percent.

The study, published in the New England Journal of Medicine, followed 7,447 people who had been selected to participate due to significant cardiovascular risk factors, including high blood pressure, diabetes, smoking, high cholesterol, a family history of heart disease and being overweight. The participants were randomly assigned to one of three groups:

Participants in the Mediterranean diet group consumed two servings of vegetables and three servings of fruit daily. They were to add fish and legumes to the menu at least three times a week and were asked to substitute white meat for red. If the participants drank alcohol, they were advised to drink a minimum of seven glasses of wine per week with their meals. Participants in this group were asked to reduce the amount of commercially baked goods they consumed to no more than three times a week, and to limit processed meats and dairy products.

Participants in the low-fat diet group were to avoid eating nuts and any type of vegetable oil (olive oil included), cut off visible fat from meat and limit store-bought desserts to less than once a week. They were asked to eat three or fewer servings daily of a simple carbohydrate such as bread, potatoes, pasta or rice, and consume three servings of low-fat dairy products, as well as fruits and vegetables.

No calorie limits were placed on any of the groups, nor were they encouraged to increase their level of physical activity. Those in the low-fat group had the most difficult time adhering to the dietary guidelines and most participants reverted to a standard Western diet, with a slightly lower fat intake.

Those assigned to the Mediterranean diets were found to be not only 30% less likely to have suffered a stroke, heart attack, or died during the study, they were also 40% less likely to have suffered a stroke in the study’s 4-year follow-up period than those who were assigned the low-fat diet. The aim of the study was not to reduce the participants’ cholesterol, blood pressure or weight, but to count the number of heart attacks, strokes and deaths from any cause to evaluate how effective the Mediterranean diet was in reducing these events and increasing longevity.

Not only have low-fat diets been shown to not be of much benefit, but they are known to be difficult to maintain because they leave people feeling unsatisfied. Dr. Steven E. Nissen, from the Cleveland Clinic’s department of cardiovascular medicine said “Now along comes this group and does a gigantic study in Spain that says you can eat a nicely balanced diet with fruits and vegetables and olive oil and lower heart disease by 30 percent,” he said. “And you can actually enjoy life.”