The Link Between DHA and Memory 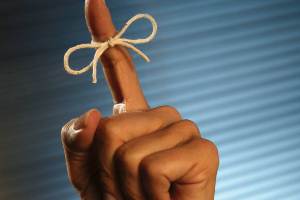 For some time now, nutritionist have recommended that we eat fish on a regular basis in order to get sufficient amounts of omega-3 fatty acids (specifically DHA and EPA).  Not only are these nutrients good for the circulatory system, but they have also been proven to boost brain function, including both cognitive function and memory.  Until fairly recently, scientists have not understood the mechanism by which omega-3 provides these effects.

A study to be published in the journal Applied Physiology, Nutrition, and Metabolism by researchers at the Center for Neuroscience at the University of Alberta in Edmonton, Canada found a specific link between docosahexaenoic acid (DHA) and memory.

The researchers fed one group of mice a diet supplemented with DHA and fed a second group a normal, healthy diet with no DHA supplementation.  When the mice that received DHA supplements were examined later, it was found that the part of their brain responsible for short-term and long-term memory, the hippocampus, contained levels of DHA nearly 30 percent higher than their counterparts in the control group.  The cells in the hippocampus communicated better with each other and relayed messages more efficiently in the mice supplemented with DHA.

Yves Sauvé, co-author of the study, said the researchers were interested in learning what it was about fish intake that improved memory.  He remarked, “What we discovered is that memory cells in the hippocampus could communicate better with each other and better relay messages when DHA levels in that region of the brain were higher.  This could explain why memory improves on a high-DHA diet.”

This study and others have noted that the body stores DHA in the brain, which is likely the reason why an increased intake of omega-3 is associated with a lower risk of Alzheimer’s disease.  The early stages of the disease first affect the hippocampus.  Researchers have discovered that DHA is vital to the brain development of fetuses and young children.  It then seems to become important again as we age—brains with lower amounts of DHA have been shown to be smaller in volume.

Since the body does not produce its own DHA, experts recommend that people eat oily fish (such as salmon, sardines, herring, mackerel and anchovies) twice a week  and that they consider taking a fish oil supplement containing DHA and EPA once a day.  By getting enough DHA as an adult, it’s possible that you’ll be able to enjoy your later years a bit more and have an easier time remembering where you left your car keys!