The Latest Research on Restricted-Calorie Diets 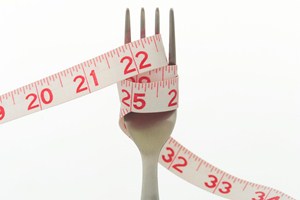 The notion that a restricted-calorie diet can increase our lifespan has been around since an experiment that was done on rats in 1934.  During this experiment, rats were fed a diet that contained an adequate allowance of all key nutrients but a sharply reduced number of calories.  These rats lived twice as long as the rats in a control group with a normal caloric intake.

These startling results led to additional experiments with rhesus monkeys in the 1980s, and they eventual inspired the “Longevity Diet,” a book that was published in 2005 advocating the health benefits of a restricted-calorie diet.

Two major studies examining the effects of restricted-calorie diets were conducted by the University of Wisconsin and the National Institute on Aging (NIA).  Researchers chose Rhesus monkeys as the experimental subjects due to their greater similarity to humans (in terms of genetics, physiology and lifespan) than the rodents used in earlier experiments.

The initial results of both studies were promising.  The University of Wisconsin study found that after 20 years, the calorie-restricted monkeys had a lower incidence of heart disease, cancer, diabetes and other diseases related to aging, and only half died as a result of age-related illness, as opposed to 80 percent of the free-eating monkeys.  In 2006, researchers from the NIA study reported that the restricted-calorie diet monkeys also appeared to have younger-acting immune systems.  However, the benefits of a restricted-calorie diet have been thrown into question more recently with the release of the final findings of the NIA’s experiment.  These were reported in the journal Nature in August 2012.

According to one of the NIA’s lead researchers, Julie Mattison, the results of their experiment found that “the calorie-restricted monkeys lived no longer than the other monkeys.”  The oldest monkeys in both the experimental and control groups had the same rates of heart disease, tumors and general age-related deterioration.  Although the restricted-calorie monkeys did show evidence of lower triglycerides and better cholesterol levels, this did not translate into living any longer.

One possible answer may be that there were some major flaws in the Wisconsin study.  The diet fed to the control group monkeys was completely unrestricted, meaning they could eat as much as they wanted to.  In addition, it contained seven times the amount of table sugar as the diet fed to the NIA control group.  This was an attempt to simulate the typical American diet, in which sugar accounts for 28 percent of calories.  Essentially, the control group monkeys were fed a typical unhealthy American diet (the kind that is contributing to the obesity epidemic), which would lead anyone—monkey or human—to an earlier death.  The monkeys in the NIA study control group were fed a balanced diet of a fixed amount of food, so they were not allowed to overeat.  In addition, the Wisconsin study results did not include the many monkeys who died from conditions unrelated to aging, which would likely have affected the results’ statistical validity

Extreme diets of any kind can lead to a variety of health problems.  The bottom line for those who seek to live as long and healthy a life as possible is to eat a wide range of whole, fresh foods in moderation and avoid as much sugar, refined flour and hydrogenated oil as you can, while getting a moderate amount of exercise.