The Bright Side of Aging 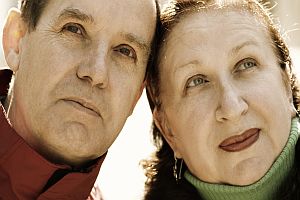 Our culture places a lot of value on maintaining our youth for as long as possible. But no matter how hard you try and how many products you buy that guarantee you a more youthful appearance, we all eventually grow old. But getting older does not necessarily mean that life is all downhill from the age of 30. There are considerable benefits—both mental and emotional—to be gained from growing older.

Our younger brain may be speedier and have better short-term memory, but as we age our brains become much better at problem-solving and dealing with complex tasks. A youthful brain can’t see the forest for the trees. Older people may not be able to see each tree as clearly, but they’re often better at finding their way out of the forest. The Seattle Longitudinal Study followed 6,000 people for over 40 years and tracked their mental abilities. The study found that people between ages 40 and 60 performed better on inductive reasoning, vocabulary and spatial orientation tests than those in their 20s.

We also become happier as we age. Research has shown that this is due in part to the action of the area of the brain called the amygdala, which is responsible for our emotional stability. When shown photos of positive events, brain scans showed the amygdala of both young people in their 20s and older people in their 70s lit up equally. However, when shown pictures of negative events, only the amygdala of the young people showed much activity. Older people are better at regulating anger and other negative emotions. According to Dr. Gene D. Cohen, director of the center on aging, health and humanities at George Washington University, “The highs may be just as high, but the lows are not as low.”

As we grow older, we also care less about what others think of us and are more comfortable in our own skins. We are not as concerned about fitting in or meeting other people’s expectations about what it is to be successful, which reduces the amount of stress in our lives. Studies have shown that levels of stress drop significantly after age 50.

While health-wise, our bodies may begin to develop some problems, there are still some benefits to aging. Although people over age 65 are at greater risk of contracting the normal seasonal flu, they are also less likely to contract the more serious flu pandemics than those who are younger. Scientists explain that the immune system of older people “remembers” having been exposed to these viruses earlier in life and is able to defend against them, whereas younger people have not had the benefit of years of exposure during which they can build up immunity.

Older people are more stable and secure and have usually built up a sufficient amount of money to live comfortably. They do not have the demands of work and children, and gain considerable satisfaction from mentoring others. Karl Pillemer, a sociologist from Cornell University, who interviewed over 1,200 older people for his book, 30 Lessons for Living: Tried and True Advice from the Wisest Americans, said “We have a seriously negative stereotype of the 70s and beyond, and that stereotype is typically incorrect.” He explained that the elderly people he interviewed were more likely to “describe the last five or ten years as the happiest years of their lives.”