The Benefits of Iron 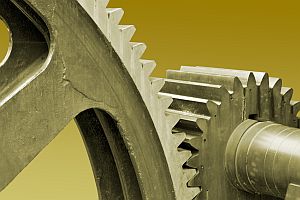 If you’ve been feeling sluggish or short of energy lately, it may be that you haven’t been getting enough iron in your diet. Iron is a mineral necessary for the production of energy and the transport of oxygen throughout the body. According to the World Health Organization, approximately 80% of the world’s population has an iron deficiency, with as many as 30% having anemia as a result. However, too much iron in your diet isn’t a good thing either—it can be toxic and may even result in death.

The red blood cells that deliver oxygen to every one of our body’s other cells require iron for their production. Nearly two thirds of the body’s iron is stored in the blood in the form of oxygen-transporting hemoglobin. So if levels of iron are low, the body does not get enough oxygen to be able to function properly. This is why those with anemia (a deficiency in red blood cells) feel chronically tired. Without enough oxygen, the body has little energy. A deficiency in iron also compromises the immune system, leaving you more vulnerable to viruses and bacterial infections.

The recommended daily intake of iron is as follows:

Children, people with gastrointestinal disorders, the elderly, and women of childbearing age are at the greatest risk of iron deficiency. Since the body has the ability to store iron, a deficiency does not usually happen overnight. But if someone is unable to replenish their store of iron (during famine or illness, for example) then they may develop anemia. Heme iron is only found in animal products such as meat, poultry and fish, which is why vegetarians and vegans can be at greater risk of iron deficiency. Non-heme iron can be found in vegetables, particularly dark green leafy vegetables, and pulses such as beans and lentils.

If your doctor finds that you have low iron levels, he or she may prescribe a supplement. Always take exactly the amount prescribed, as it is possible to take too much, which can cause severe organ damage. Those with the disorder hemochromatosis, a condition in which the body stores excessive amounts of iron, must have their blood tested regularly so as to avoid organ damage.