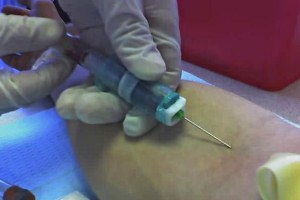 Prostate cancer is the second most common form of cancer in men after skin cancer.  The American Cancer Society estimates that approximately 1 in 6 men will be diagnosed with prostate cancer at some point during his lifetime.  The risk increases with age, with 80 percent of cases being diagnosed in men over age 65.  In fact—if they live long enough—almost all men will eventually develop prostate cancer.  It is generally slow-growing and most men will die (usually from some other cause) without ever knowing they had it.

The prostate-specific antigen (PSA) test is what is most commonly used to screen for prostate cancer.  However, the usefulness of this test in relation to how many lives it actually saves has been disputed for the last few years.  In May 2012, the United States Preventive Services Task Force (USPSTF) released its final recommendations regarding PSA screening and now recommends that all men do not get routinely screened for prostate cancer.

The recommendation, which was published in the journal of the American College of Physicians, the Annals of Internal Medicine, is based on evidence that the harm that results from PSA testing outweighs the benefits received, regardless of age.  Obviously, the goal of cancer screening of any type is to save lives.  However, the results of U.S.  trials showed no reduction in mortality with PSA screening, and European trials showed a reduction of only approximately one in a thousand men aged 55 to 69 years.  In addition, PSA screening was associated with considerable harm.

In nearly 90 percent of cases in which men were diagnosed with prostate cancer by a PSA screening, early treatment using surgery, radiation or androgen deprivation therapy was performed.  This often leaves men incontinent, suffering from erectile dysfunction and sometimes bowel dysfunction for the remainder of their lives.  Furthermore, up to five in 1,000 men will die within one month of prostate cancer surgery.

The Task Force’s recommendation, however, does not please everyone.  Dr. Henry Lynch, Director of the Hereditary Cancer Center at Creighton University (co-author of an editorial accompanying the recommendation) believes that the advice will return men to a time when prostate cancer was discovered at a more dangerous, advanced and incurable stage.  It also does not take into account screening for younger men and men at higher risk.  Lynch noted, “My colleagues and I strongly believe that the Task Force recommendations should not be used as justification by insurers, including Medicare, to deny diagnosis of prostate cancer to the male population at risk.”

However, in the view of Otis W. Brawley, MD, MPH, Chief Medical Officer of the American Cancer Society, many men have had prostate cancer detected that may never have progressed significantly in their lifetime, leading to unnecessary intervention.  Brawley said, “Many people have a blind faith in early detection of cancer and subsequent aggressive medical intervention whenever cancer is found.  There is little appreciation of the harms that screening and medical interventions can cause.”