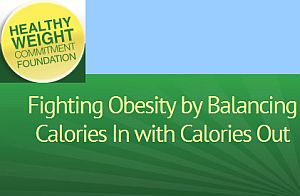 In an attempt to stem the rising rates of obesity in the US, particularly among children, the Healthy Weight Commitment Foundation (HWCF) pledged to help reduce rates of childhood obesity by 2015. This coalition is comprised of food and beverage manufacturers, restaurants, retailers, non-governmental organizations (NGOs), trade associations, professional sports organizations, sporting goods companies and insurance companies. Most of the HWCF leadership are people from the major food manufacturers who have been under pressure from the government and general public to provide healthier food options to their customers. Although the initiative has good intentions, the HWCF’s methods may not be as effective as they could be.

Research has shown that eating processed foods high in fat, sugar and salt is one of the major contributors to obesity. Food manufacturers have spent millions of dollars on research to determine what foods and flavors the public finds most appealing in order to increase sales. Unfortunately, it has become very clear that what sells is not usually what is healthy. After all, if fruits and vegetables were as addictive as Doritos (and jogging were as effortless as watching television), we probably wouldn’t have a national health epidemic on our hands. So it may seem like a lot to ask these same groups to promote consumer habits that might actually shrink their revenue or profits…

To be fair, the HWCF has shown some small progress. In 2010, 16 of the organization’s food and beverage manufacturers agreed to a goal of trimming 1.5 trillion calories by 2015 from the products they sell. This included offering more low-calorie foods and smaller serving sizes. The manufacturers were able to reach this goal two years sooner than planned. Last autumn, cities were reporting that childhood obesity rates had begun to fall for the first time, and a December 2012 study by the Centers for Disease Control and Prevention (CDC) showed that obesity rates of 2- to 4-year-olds from poor families had begun to decline in 2010. However, whether this is due to the HWCF initiative or some other factor, such as the removal of soda vending machines from schools, has not been determined.

The HWCF stresses the importance of the “calories in – calories out” model. However, a growing body of research suggests that calories in and calories out are not the only factors involved in weight gain and loss. It is not only how much we eat (which is important), but what we eat that contributes to obesity. Eating 100 calories of broccoli and 100 calories of soda are not the same thing. For example, the complex carbohydrates of broccoli will cause sugars to be released slowly into your system for sustained energy, whereas the calories from fructose-sweetened soda are immediately converted by the liver into fat storage.

The fact that food and beverage manufacturers are making an attempt to offer more nutritional products is mostly due to the public’s growing interest in eating healthier. And the more that people show a willingness to spend money on healthier foods, the more willing that food manufacturers will be to meet their demands. This will eventually benefit both the consumers’ health and the manufacturers’ bottom line. Nevertheless, it is still up to the individual to understand what is healthy and to take meaningful steps to eat better and be more physically active if they want to maintain a healthy weight.