Structured Versus Unstructured Play: What’s the Difference, and Does it Matter? 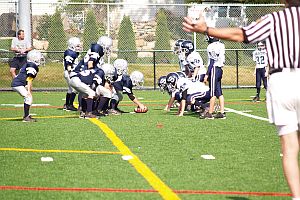 We’ve all heard about parents like this. They have every moment of their child’s day scheduled with some activity or another. First it’s soccer, then off to violin lessons, after which they meet up with their scouting group. With the increase in urbanization and concerns for child safety, it’s becoming more and more unusual to see children just out playing in the street or in a neighbor’s back yard. Many parents have embraced the idea of “structured play” because they believe it helps their children develop specific skills they will need to succeed in the world. It also allows parents more predictability and control over their own schedules. On the other hand, many of these same parents view unstructured play (which many grew up with themselves) as a waste of time that could be better used for managed activities. But studies have shown that there are very real advantages to unstructured play, and that the skills it develops are just as important as the ones that can be taught in structured environments.

Structured play consists of activities with externally-imposed organization that generally involve rules and an objective of some sort. Things such as video games, team sports, board games and building model airplanes, for example, are all structured activities. At the other end of the spectrum are unstructured activities like inventing and running games, building with blocks, having a catch, writing a play, looking for bugs in the woods, and drawing and painting. These activities are self-organizing and open-ended. Many times, they have no particular goal. In unstructured play, children make up their own rules as they go along and establish their own limits.

Nearly every modern parent has heard his or her child whine or moan the dreaded words “I’m bored.”  By most accounts, the “I’m bored” syndrome has actually become more common as the nature of play has shifted and parental engagement has changed. Sometime around the mid-20th century, children’s play began to be centered on the toy rather than on the activity. And as today’s “interactive” toys have evolved to actually direct and drive the activity (think about Wii, PlayStations, iPads, etc.), children themselves have become more passive in the process. The result is that many of them are less able to entertain themselves through their own creativity.  This inability becomes very apparent whenever the novelty of a new game wears out and the kids reach out to their parents to provide the same level of structure and ongoing entertainment that the game had been providing.  This places growing demands on parents, who may then begin to look for other outside sources of focused, constructive stimulation.  Of course, the problem with this type of response is that it simply substitutes one form of externally-driven activity for another. What happens to a child who never learns to direct his or her own energy or to organize his or her own activity? There is a very good chance that the child who never learns to do these things will be unable to do them well as an adult.

A 2005 study published in the Archives of Pediatrics & Adolescent Medicine found that children’s unstructured play time had dropped by 25% between 1981 and 1997. This is a worrisome trend since unstructured play is necessary in order for children to improve social skills, develop healthy coping mechanisms for stress and boost cognitive skills, especially those involved in problem solving. Through unstructured play, children enhance their own creativity, become more self-confident and learn to empathize with others. It develops neural areas in the brain that are concerned with emotional reactions and social understanding.

There is no doubt that structured play is important in teaching multitasking, developing specialized skills and exposing children to a wide range of ideas and experiences. Just be sure that your children are given equal amounts of unstructured time in which to explore their own interests, develop their creativity, solve problems and work on their interpersonal skills.