Stress and the Mind-Body Connection 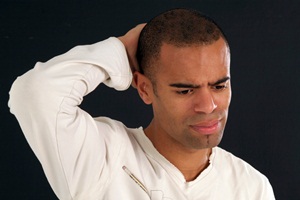 For many years, the medical profession considered the mind and body to be separate spheres with little effect on each other. However, researchers have begun to take much greater notice of the connection between the two in recent decades.

Not only is it obvious that bad physical health will affect your mental well-being, but it is now generally recognized that our thoughts also have a profound influence on many parts of the body, including the immune, nervous, endocrine, digestive and cardiovascular systems.

Since the discovery of the opiate receptor in 1973, scientific research has shown how emotional states are caused by the release of hormones and neurotransmitters, a process that is greatly influenced by events in our lives as well as our thoughts and emotions.  Researchers now understand that these “molecules of emotion” (as the author Candace Pert has described them) affect a much larger number of body systems than previously thought.  Anyone who has experienced “butterflies in the stomach” before an interview or exam can certainly testify to the truth of this!

The stress response evolved in order to prepare the body for fight or flight in the presence of great danger such as a lion or an enemy from another tribe.  Even though we may be surrounded by 21st century technology, human physiology is still based on what we needed as hunter-gatherers.  The stress response is designed to be a short-term reaction to immediate danger that is then followed by relief and relaxation after that immediate danger has passed.  In response to serious threat, the body will release chemicals such as adrenaline (epinephrine) and cortisol, which divert blood away from non-critical organs in the body such as the digestive system and send it to the muscles.  The heart rate also goes up in readiness for intense activity.

As a short-term response, stress has few lasting physiological effects and stress chemicals break down quickly in the body once the stressor is no longer there.  However, most physical threats in our modern world are imagined rather than real.  And our modern-day fears and anxieties can lurk beneath the surface for weeks or months.  So it turns out that the kind of physiological responses helpful for fighting a lion are not so useful in helping us cope with our modern causes of stress.  In fact, our bodies’ response to stressful situations (designed to help us cope with short-term, fight-or-flight situations) can even have a detrimental impact on the body when it’s switched on over prolonged periods.  Digestive disorders such as Irritable Bowel Syndrome (IBS), high blood pressure, low immunity and even chronic illness such as Chronic Fatigue Syndrome (CFS) are just some examples of illnesses that can be brought on by long-term stress.  In addition, researchers have also discovered that stress can worsen many preexisting medical conditions and can lead to changes in the brain.  These changes tend to make chronically stressed people more impatient and aggressive.  This can further reduce their ability to cope with problems.

While we are still running on what may be considered outdated stress technology in our bodies, we certainly do not have to be controlled by it.  Fortunately for us, the fight or flight response triggered by our sympathetic nervous system is not the only mode our bodies can operate in.  We can also learn to trigger the parasympathetic “rest or digest” mode, which allows the body to rest and reverse the physiological changes brought about by stress.

Making sure you have enough time to unwind is critical to combating the effects of stress throughout the day, week and month.  So is eating well and exercising.  And learning a relaxation technique such as meditation can also help.  Yoga is a particularly good “stress buster” as it combines gentle exercise with meditative breathing and relaxation.  Counseling and anger management can also be appropriate during periods of intense difficulty to ensure that stress doesn’t get the better of you and your body.