Risks of Mixing Drugs with Herbal, Dietary and Energy Supplements 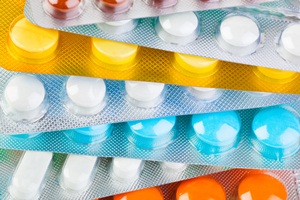 In the past several decades, the number of people taking herbal, dietary and energy supplements has increased exponentially. Whereas, prior to the late 1980s, most patients were unlikely to be supplementing with anything other than multivitamins, now a doctor must expect the majority of the population to have read about their condition on the Internet and be using whatever complementary remedies they think might help, with or without expert guidance. Once seen as natural and harmless, it is now clear that herbal supplements, dietary supplements and energy supplements can interact with conventional medications just as conventional medications can interact with each other.

It is important to note that many complementary medicines are quite safe to take alongside most forms of pharmaceutical drugs, and a cup of nettle or chamomile tea together with your morning pill of whatever form is not going to have any deleterious effect. However, a little awareness goes a long way and it is good to know of the more serious risks of mixing conventional drugs with supplementary remedies.

The risks of taking medications together, whether conventional or complementary, are threefold:

1. The action of the drug, or supplement, may be increased

2. The action of the drug, or supplement, may be reduced

3. The rate and degree at which the drug or supplement is absorbed or eliminated may be altered.

Medications are prescribed at a certain dose in order to achieve a specific effect, so increasing or reducing the effectiveness of a medicine is potentially risky, especially in the case of life sustaining treatments. Many conventional medicines are based on chemicals that are also found in plants, so herbal medicines taken for a particular disease may have the same action as a pharmaceutical taken for the same reason and can result in an effective overdose.

One example of this is aspirin, which was originally derived from plants and herbal anti-inflammatories containing salicylic acid, the active ingredient of aspirin. Such herbs include willow bark, meadowsweet and wintergreen.  Salicylic acid is toxic in large quantities, so these herbs should clearly be avoided if taking aspirin.

Other examples of interactions that increase the effect of medications include taking kelp with drugs for hypothyroidism and herbal diuretics such as dandelion, globe artichoke and celery seed with diuretic drugs. Niacin (vitamin B3), calcium and/or magnesium taken in combination with hypotensive pills can lead to a greater than expected drop in blood pressure. Except under expert guidance, the blood thinner Warfarin should never be taken with a medication that decreases blood clotting, whether conventional or complementary, due to the risk of hemorrhage. Supplements such as cayenne, garlic, feverfew, willow bark, St John’s wort and the drug aspirin all fall into this category. Hawthorn berries increase the action of digoxin on the heart, with potentially fatal effects, and the adaptogen herb Siberian ginseng (Eleutherococcus) also increases digoxin levels in the blood.

Examples of drug and supplement combinations that can decrease the effectiveness of either are taking supplements that stimulate the immune system such as zinc, Astragalus and Echinacea with corticosteroids intended to suppress the immune system, as they are working in opposite directions. Also, remedies with a hyperglycemic (blood sugar raising) action such as celery seed, Bupleurum, rosemary and Gotu kola can counteract the hypoglycemic (blood sugar reducing) work of diabetic drugs. High doses of vitamins A, C and K can all decrease the anticoagulant activity of Warfarin.

If the absorption or elimination of a drug or supplement is altered due to taking something else at the same time, its effectiveness may be at risk. The drug may either be absorbed too quickly or excreted before it has a chance to work. Diuretic remedies are particularly problematic, because of increased elimination, and herbs with this effect include juniper, dandelion, celery seed and licorice. These are certainly to be avoided when taking lithium. Grapefruit juice, while not really a supplement, is also a concern when taken with several drugs, such as hypotensives and the immunosuppressant Cyclosporine, since it reduces the breakdown of the medicine in the body.

Although a comprehensive treatment of the risk of mixing conventional medicines and nutritional and herbal supplements is well outside the intention of this short article, it is hoped that this article serves to communicate the potential problems that may arise and some of the more well-known bad combinations. You should always consult your doctor before taking any combination of drugs and supplements. For further information, there are a number of websites that may prove valuable in flagging most of the riskiest drug-herb-supplement interactions. These include Herb-Drug interactions at i-care.net (http://www.i-care.net/herbdrug.htm), the herb and supplement database at Medline, which includes known drug interactions (http://www.nlm.nih.gov/medlineplus/druginfo/herb_All.html) and a paper on herb-drug interactions published in The Lancet (http://www.ncbi.nlm.nih.gov/pubmed/10675182).