Questioning the Effectiveness of Back Surgery 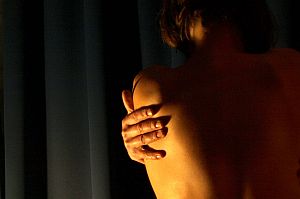 When it comes to surgery, any good doctor will tell you that success is never guaranteed and there are always risks. But how does back surgery stack up compared to other treatments for back pain? The Mayo Clinic recommends caution before choosing back surgery. Their website warns, “Spine surgeons hold differing opinions about when to operate, what type of surgery to perform, and whether—for some spine conditions—surgery is warranted at all.” Always get a second opinion from a spine specialist.

One 2013 study in Washington State, published in the journal Spine, highlighted an interesting correlation between the number of back surgeries performed and the type of doctor first visited. The study found that of those injured workers who saw a surgeon first, 42.7% chose surgery (a relatively expensive and risky option) as a solution. Of those injured workers who first saw a chiropractor, the rate of surgeries dropped to 1.5%. In other words, those who visited a chiropractor first found that surgery was less likely to be necessary.

Research performed in Norway, with results published in the December 2012 edition of European Spine Journal, raised even more questions about the appropriateness or effectiveness of one common type of spine surgery. Two groups of patients were monitored over a 9-year period. Group membership was randomly assigned. One group received lumbar spinal fusion—a surgical procedure. The other group received exercises for coordination and endurance, plus mental training to reduce the amount of worry about further injury from going about their normal daily activities. In other words, this second group received physical and psychological training—no surgery.

An earlier study found that of the 465,000 spinal fusions performed in America during 2011, as many as 50% had insufficient justification. Another study found physical therapy to be just as effective, but far less costly and risky than fusion surgery when attempting to solve the problem of degenerative disc disease.

There are of course situations where back surgery may be absolutely necessary. However, study after study has shown that other methods of treating back pain are far less expensive, less risky and frequently more effective. If you have been advised to have back surgery, it’s always good to get a second or even third opinion from different medical professionals to be sure you do not undergo a surgical procedure that may be best treated more conservatively.