Public Health Conspiracy Theories Are Alive and Well in America. Here’s How to Protect Yourself 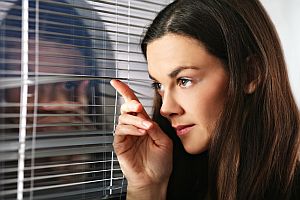 Most people love a good conspiracy theory, even if they don’t really believe it (or admit that they believe it). There’s a reason many of us are attracted to Tom Clancy novels and movies like “JFK” and “Wall Street”. We watch TV shows like “24” and “The X Files” and “The Prisoner” compulsively, waiting for unseen villains lurking in the shadows to do their worst, and for heroes to expose and stop them.

But would you be surprised to learn that over half of the adult population of America believes in one or more public-health conspiracy theories? These are NOT simply people who question the limits of today’s science or who have reasonable, fact-based concerns about common healthcare practices. Rather, these are people who believe that the U.S. healthcare establishment—in many cases, including their own doctors—is actively (intentionally) trying to do them harm. According to a study published in the journal JAMA (Journal of the American Medical Association) Internal Medicine, many Americans place enough weight on conspiracy theories to change their behavior in ways that might negatively impact their own health. Researchers analyzed people’s attitudes about six prevalent medical/public health conspiracy theories. Here’s some of what they found:

The fact that these sorts of beliefs persist and are so widespread has a lot to do with where many people get their information in this day and age and how easily misinformation can be shared on the Internet. Unfortunately, Internet misinformation can and does have real-world consequences. One real-world consequence is that—at least in the group of people being surveyed—those who believed in one or more conspiracy theories approached their own healthcare differently than those who did not. For example, the conspiracy theorists got fewer regular health checkups, and were unlikely to have a family doctor. Instead, they looked to “celebrity doctors” or to the Internet for healthcare information, much of which is dangerously inaccurate or misleading. Worst of all, the poll indicated that these people’s overall health as a result of distrusting conventional medicine was not nearly as good as they thought it was.

The researchers’ final conclusion was that the conspiracy theory situation is more complex than it might appear at first glance. The basic problem for conscientious medical researchers, healthcare providers and public health officials is that these kinds of beliefs are far more mainstream than many of them ever would have thought. The research strongly suggests that conspiracy theories aren’t limited to people with poor educations or fringe belief systems—they’re entertained “across the board” by otherwise normal people just trying to make sense of life’s complexities.

Remember, we’re not talking about healthy skepticism or even willful ignorance. We’re talking about conspiracy theories—the idea that the healthcare community (or some part of it) is knowingly hurting the people it’s supposed to be serving. Why does this happen?

For people who care about public health, conspiracy theories are worse than ignorance because they can actually change people’s behavior in ways that can hurt them. The “villains” they imagine at the center of their conspiracies distract them and discourage them from seeking medical care that could actually help them. Plus, the conspiracy theories make the believers vulnerable to dishonest people and organizations that reinforce them and prey on their fears.

As study author J. Eric Oliver puts it, “It’s important to increase information about health and science to the public. I think scientific thinking is not a very intuitive way to see the world. For people who don’t have a lot of education, it’s relatively easy to reject the scientific way of thinking about things.”

The issue for medical professionals is to find better ways to present accurate healthcare information in ways that people can understand as easily as they think they understand the conspiracy theories. The issue for consumers is to learn when to “step back” from a convenient conspiracy theory and seek alternative opinions, especially the opinions of more reputable providers of medical information. In other words, the next time friends or family try to get you to believe in some conspiracy relating to healthcare that sounds at first unbelievable, stop and consider the possibility that it shouldn’t be believed – at least not without checking with doctors or more trusted sources first.