Protecting Us From Ourselves? What Do People Really Think About Laws Limiting Serving Size? 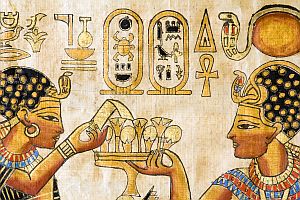 Unless you’ve been living under a rock for the past 30 years, you are likely well aware that obesity is one of our society’s greatest health issues. Over a third of Americans are now considered obese. Until 1980, only 15 percent of the population was overweight or obese. That number is now 55 percent, and is expected to rise. So what has changed during that time that could be contributing to the massive explosion in obesity rates? One of the factors is a major change in serving size.

The typical meal in a restaurant is now four times larger than it was in the 1950s, according to the Centers for Disease Control and Prevention. The greatest increase has been in the consumption of sugary sodas. In the 1950s, the average serving size of soda was 7 oz. compared with the current size of 42 oz., a 600% increase in size.

Treating obesity and its associated diseases, such as Type 2 diabetes, comes at the staggering cost of $168 billion each year. And that number is expected to rise with the rise in rates of obesity. With individuals and governments already straining their health care budgets, it’s no wonder that some municipalities are looking for ways to help curb the rise in obesity rates. New York City mayor Michael Bloomberg was one of the first to try to do this by enacting a ban on large sugary drinks. However, the ban elicited a great deal of controversy and was struck down by a judge on the Manhattan Supreme Court before it was enacted.

The proposed law would have banned the sale of sugary sodas larger than 16 oz. by restaurants, movie theaters, delis, sports arenas, food trucks and pushcarts. However, the judge ruled against the law because he found it “arbitrary and capricious,” as it was not consistently to be enforced throughout all establishments in the city. A person could still go into a 7-11 and buy a Big Gulp or get a large serving from a corner store. It also would not have stopped people from buying multiple 16-oz. servings.

New Yorkers were almost evenly divided on the issue, with slightly more feeling that the ban was going too far. An NY1-Marist poll of 500 adults in the New York area found that 53% disagreed with the ban, with 47% believing it was good health policy. The primary feeling was that prohibiting large drink sizes would not have much effect on obesity. However, since sugared beverages were banned from New York City schools in 2003, the rate of obesity in children there has dropped about 5%.

The biggest critics of the ban on large portions are the soft-drink industry and people who are afraid of the country being turned into a “nanny state.” Kirk Tyler, the president of the Coca-Cola Atlantic Bottling Co. located in western Iowa, where corn farming is a major industry, said, “If we ban those kinds of products, what does it do to the Iowa farmer? What will it do to the Iowa economy? It won’t put a huge dent in it, but it won’t help it.”

Ironically, Mississippi, with the highest rate of obesity in the nation, passed what was called an “Anti-Bloomberg” bill. They enacted a law that prevents any town, county or municipality from enacting any restrictions on portion size or from requiring that calorie counts be put on restaurant menus. Mississippi state Senator Tony Smith, who is a restaurant owner and who drafted the bill, said “If the market demands that I serve a more healthy food, I’ll do that to meet the market demand. But … why should I risk my capital, my hard work, my efforts that I’ve put in to build a restaurant on what a government official thinks?”

Studies have shown that most people will finish whatever size portion they are served, no matter the size. If a bag of chips consists of three portions, they will not stop a third of the way through the bag.

Although obesity certainly is due in part to consuming large portions, there are also other factors involved. Unless the government begins subsidizing healthier foods, such as vegetables and fruit, and people start reducing their consumption of processed and refined foods, including their intake of sugar and fat, enacting a ban on large portions is not likely to have a great effect on obesity rates.