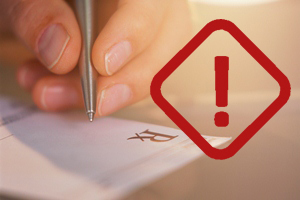 It seems that every day we see a story on the evening news about another celebrity who is in treatment for addiction to prescription painkillers.  What you may not know is that this type of addiction is a widespread and growing problem for Americans from every walk of life, most of whom will never see their names in a newspaper article.  According to the U.S. Centers for Disease Control and Prevention (CDC), more than 15,000 people die this way every year.  That’s more than die from overdoses of all illegal drugs combined.

There are many facts and fallacies surrounding prescription drug addiction.  The central truth, however, is that this is a very serious condition that can lead to deadly consequences if not recognized and treated.  And the longer it goes on without being confronted, the more dangerous the addiction becomes.  Why?  Studies of the brain suggest that these types of drugs (called “opioids”) can cause long-lasting changes that rewire some parts of the brain to crave more of the painkillers while at the same time damaging the parts of the brain that would normally fight the cravings.  So patients begin using them for legitimate medical reasons but may later become addicted.  It’s a pattern that’s becoming much too common.

Many people mistakenly believe that they are addicted if they have physical withdrawal symptoms when they miss a dose of their medication or begin to need higher and higher doses of their drug.  However, physicians and specialists in addiction know better than this.  They point out that physical dependence can be part of addiction, but that it isn’t always.  Similarly, you can experience these things without being addicted.  Scott Fishman, MD, who is chief of the division of pain medicine at the UC Davis School of Medicine says of these symptoms, “They occur in drugs that aren’t addictive at all, and they occur in drugs that are addictive.  So it’s independent of addiction.”  But if these symptoms are reliable warning signs, what are?

Most people who take prescription painkillers as instructed by their doctor do not develop an addiction.  Those who have had a previous addiction to a substance or who have a family history of addiction are at greater risk.  Following are signs to look for if you feel you or someone you know may have an addiction to prescription medication:

The single best way to prevent prescription painkiller addiction is to avoid them in the first place.  However, if this is not possible, always take the drugs exactly as prescribed by your doctor.  Be completely honest with your doctor and tell him or her if you have any history of substance abuse or addiction.  He or she may be able to prescribe a less addictive drug.  Tell your doctor of any other medications you are currently taking (including any herbal or dietary supplements) so as to avoid any drug interactions.  Remember never to stop taking the drug or change the dosage as prescribed without first consulting with your doctor.  Dispose of your painkillers when you are finished with them and never give them to anyone else.  If—for any reason—you feel you may be becoming addicted to your prescription painkiller, seek help immediately from a physician.

If you’re suffering from back, neck or joint pain and are looking for a safe, drug-free treatment alternative, please call or visit our office!