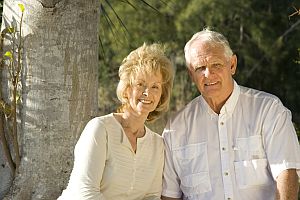 Older adults have long relied on chiropractic care to help keep them healthy and active. However, little scientific data has been gathered about the use of chiropractic by seniors, and few studies have been conducted to evaluate the potential benefits. New research published in the March edition of the Journal of Manipulative and Physiological Therapeutics has helped to fill this important gap. The investigators’ findings confirmed what chiropractors and their older patients have known for some time. Not only does chiropractic care help relieve older adults’ back pain, it also seems to keep them more active and protect them from limitations in their daily activities.

The study analyzed data on 1,057 Medicare recipients gleaned from nationwide research conducted by the Centers for Medicare and Medicaid Services, called the survey on Assets and Health Dynamics among the Oldest Old (AHEAD). In the AHEAD survey, a subset of patients who had been identified as suffering from back pain were asked questions about their overall health as well as their ability to complete activities of daily living (ADL) and their lower body function. ADL was defined as normal activities such as walking up stairs, doing household chores, and going shopping for groceries. The researchers then compared the survey information with medical records indicating which of the older adults had received either medical care or chiropractic care during the 11-year period covered by the study.

The researchers thus concluded that chiropractic care appears to have had a protective effect against age-related frailty and disability. As they said in the study, “These results suggest that when chiropractic care is delivered in practice at care levels comparable to those used in clinical trials and relative to the types of services delivered within an episode of medical care only, chiropractic confers significant and substantial benefits to older adult functional ability and self-rated health.”

The findings were considered particularly significant because Medicare patients have a great deal of flexibility with respect to treatment options. They can consult medical doctors, doctors of chiropractic, physical therapists, internists, neurologists, orthopedists, and interventional pain providers. This means that the results attributed to chiropractic care were achieved in a setting where patients had access to a wide variety of therapies rather than in a clinical study format where subjects typically have only one or two options available to them.

This research also added to the existing body of evidence that chiropractic care is safe for seniors with back and neck pain, and that chiropractic can offer substantial relief for spinal conditions such as arthritis and disk herniation. Because aging causes the degeneration of spinal disks, regular chiropractic care may help to make seniors less prone to painful and debilitating back injuries like bulging disks and pinched spinal nerves.

All of this means that older chiropractic patients may be better able to enjoy their “golden years” freer from pain and disability. And it also means that they may be able to maintain a more active and healthier lifestyle.