Off-Label Prescriptions: What You Should Know 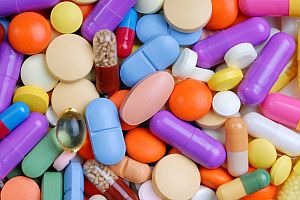 Unapproved use of prescription drugs has become a major problem for healthcare in the U.S. When you first read this, you might suppose we’re referring to patients who abuse their prescriptions or to people who obtain prescription drugs illegally and use them for recreational purposes. After all, this story has been featured in the media very prominently. But that’s not what we’re talking about. We’re referring to physicians prescribing drugs for purposes for which they were never formally tested or approved.

Medications are approved by the Food and Drug Administration (FDA) for a specific purpose based on extensive testing that has been done to evaluate its safety and effectiveness, and to identify potential risks. The “labelling” that accompanies drugs is meant to give doctors and patients a clear description of their intended (and approved) use, including appropriate patient populations, dosage and form of administration. However, it has become very common for doctors to prescribe drugs “off-label” outside of these approved indications. U.S. healthcare industry observers and analysts estimate that about one in five prescriptions is for a use not approved by the FDA. They also estimate that about 75% of these uses have no evidence or rigorous studies to support them.

Just to be perfectly clear, the practice of off-label prescription is legal and often beneficial. There are certainly cases of positive off-label use, from some types of cancer drugs to beta-blockers, statins and aspirin.  In fact, the government has long taken the view that once a drug is approved for any purpose, physicians—not regulators—are the ones who are best qualified to decide how and for whom it is prescribed. Still, there are several good reasons to be worried about off-label prescription of medication:

So while off-label prescription isn’t illegal, it clearly does carry ethical and legal liability ramifications. In one landmark case, a whistleblower won a $430 million settlement against Parke-Davis for the off-label promotion of Neurontin, one of their prescription drugs. Parke-Davis was found guilty of violating the False Claims Act. But what of the physicians who actually chose to prescribe this medication off-label, either because of the company’s promotional efforts or for some other reason?

One of the more bizarre examples of off-label prescription to find its way into the media involved prescription acne medication. One patient was told by her doctor that her acne prescription could “double” as contraception, even though the medication was never approved as birth control. At least 9 deaths have been attributed to the drug in Canada, and another 4 deaths in France, prompting the French to ban the drug. This drug already has significant side effects when used for approved purposes, let alone the possible adverse reactions when used for reasons it has not been approved for.

Looking across the prescription drug landscape, it’s also clear that some classes or categories of medication are especially likely to be prescribed off-label.  While current estimates place off-label use of drugs at 20% of all prescriptions, one 2006 study found that psychiatric drugs have an even-higher 31% rate of off-label use. And only 4% of those off-label prescriptions had scientific support.

A 2012 Canadian study, conducted by Dr. Robyn Tamblyn, found that 11% of Canadian prescriptions were off-label. Tamblyn said, “If a drug is prescribed 99 per cent of the time in cases where it hasn’t been studied, you either are getting a benefit you don’t know, or you are paying for something that either is doing nothing or doing damage.”