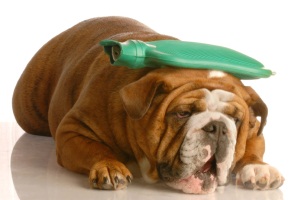 For those of you who wonder if you’ve ever suffered a migraine, it is likely you haven’t.  Migraines are a debilitating form of headache that can involve not only intense throbbing head pain, but also nausea, vomiting and flashes of light.  Despite how common migraines are, there is surprisingly little known about what exactly causes them.  Researchers believe that they are due to a combination of different factors, including genetics and environment, which cause chemical changes in the brain.

When a migraine occurs, levels of serotonin have been found to drop.  Serotonin is the neurotransmitter that regulates mood, appetite and sleep.  Experts believe this drop causes the trigeminal nerve, which is a major pain pathway, to release neuropeptides into the meninges that covers the brain, causing intense headache pain.

Other likely causes of migraines include the following:

Your family history plays a major part in whether or not you are likely to get migraines.  Of those who suffer from them, 90 percent have a family history of migraine attacks.  Although they can begin at any age, most people who are going to get migraines have had their first attack during their teenage years, and nearly all have had at least one by age 40.

Treatment for migraines can include pain relievers such as ibuprofen or acetaminophen and anti-emetics to control nausea and vomiting.  For those with chronic migraines who do not respond to over-the-counter pain medication, a doctor may prescribe a drug such as Sumatriptan, which is similar to serotonin and reduces the vascular inflammation that is associated with migraines, in addition to reducing the action of the trigeminal nerve.

In addition to avoiding the known triggers mentioned above, some migraine sufferers use various vitamins and herbal remedies to help prevent them.  These include vitamin B12, riboflavin, coenzyme Q10, magnesium citrate, feverfew, butterbur and melatonin.

Chiropractic care can also help to prevent and relieve migraines.  Studies have found that chiropractic relieves migraines as well as medication, and with no side effects.  Also, those who received regular chiropractic care reported a significant reduction in both the frequency and intensity of their migraines.  So even if you are one of the unlucky ones for whom migraines are a fact of life, there are safe and effective ways to treat them.