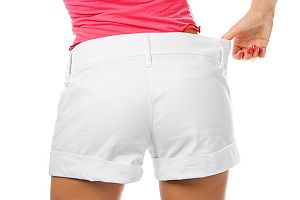 Obesity, and the chronic diseases that accompany it, cost both individuals and the government a lot in terms of both health and money. So it’s not surprising that a growing number of public health initiatives have tried to help curb the obesity epidemic in local communities. Unfortunately, most have been relatively unsuccessful. Why is this and what can be done about it?

Given our culture, it is quite easy to gain weight, but not so simple to lose it. We are encouraged to eat for all sorts of reasons that are not related to providing our body with nutrients, such as office birthday parties, celebrating a team win, or even eating as a way of combating stress and depression. Fat- and sugar-laden comfort foods are very popular in depressed economic times. Our culture also encourages constant snacking. We snack in the car, at work, while walking down the street, and mindlessly while sitting in front of the TV. Slimmer cultures do not snack like this (or at all). Add to this the fact that many of us feel an urge to eat huge portions at restaurants so we’ll feel like we’re getting our money’s worth, and you soon have a population with a major obesity problem.

Although exercise is important to maintaining good health, using it as the main tool in your weight loss arsenal is often ineffective, and the amount of exercise you have to do in order to lose weight is considerable. And let’s face it—most people simply don’t enjoy exercising for the sake of exercising.

A number of cities, such as Boston, MA and Corpus Christi, TX (America’s Fattest City, according to Men’s Health magazine) have tried to implement weight loss challenges, but they have had a tough time reaching their targets. Boston challenged its residents to lose a collective one million pounds in a year, but achieved less than a tenth of that number by year’s end. Louisville, KY, tried to get its population to lose a collective 100,000 pounds in 6 months, but only managed 6,000. They tried free exercise classes and boot camps, but daily life got in the way of most programs. Louisville made greater strides in reducing obesity by building bike paths, making healthier food more accessible in low income areas and requiring some restaurants to put calorie counts on their menus.

Scientific studies increasingly suggest that weight gain and weight loss may not just be a simple matter of calories in and calories out. Dieting and exercising alone have usually proven to be ineffective in terms of long-term weight loss for most people. When people stop exercising as much and go back to eating normally, the weight eventually creeps back.  It’s proven very difficult for most people to create new healthy lifestyle habits that successfully replace the old unhealthy ones.

One major problem is that the foods most common in the typical Western diet can create metabolic changes that hinder attempts at weight loss. Fat, sugar, and salt are present in large amounts and they’re not usually easy to spot. Processed foods and restaurant meals pose a particular challenge.

To make any significant dent in obesity rates, more information and ongoing public education will be necessary. But they’re only one part of the solution. It will also require a real change in individuals’ own priorities and personal motivation. If history is any guide, it is very difficult or impossible to MAKE someone change if they don’t really want to, even when healthier choices are made readily available. The fact that healthier menu options at mainstream eating establishments (not “foodie” specialty places) often sell poorly and that even reasonably priced fruit and vegetables are frequently passed by in favor of Twinkies and soda tell this part of the story. So does the recent public backlash against attempts to regulate serving size. Eating is deeply cultural and changes in eating patterns come hard.

In the end, it may take a combined effort of government and large food producers (formal or informal) to achieve this enormous public health goal. At this point, they are the only ones with the reach and resources to tackle the obesity problem in a large-scale way. Whether it happens because of changes in what the real public (again, not the small-but-vocal “foodie” public) wants to eat or because of behind-the-scenes changes in how their demand is met—healthier recipes and substitute ingredients that create filling meals with fewer calories and more nutritional value that still taste great—we have to hope that it happens. In terms of our collective health and the growing cost of our healthcare system, we can’t afford for it not to.