Pico Rivera Chiropractor ask,Is There Such a Thing as a “Negative Calorie Food”? 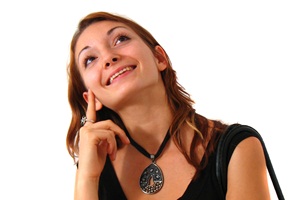 One of the most widespread diet gimmicks circulating around the Internet is the practice of eating “negative calorie food.”   What is meant by this term is the idea that certain low-calorie foods burn more calories in their preparation, consumption and digestion than the calories they contain.  Although this is an attractive idea that would seemingly allow you to eat as much of these foods as possible without gaining weight, there is no scientific research confirming that it is actually true.

Celery is the most frequently used “example” of this idea in action.  A stalk of celery contains only between 8 and 10 calories.  Ninety-five percent of it is water, with the remainder being composed mostly of fiber.  Chewing food burns only around 5 calories an hour, and digestion adds just a few more calories to that amount.  The process of digestion does not take very much energy, accounting for only about 5 percent of your daily energy expenditure.  To put it in perspective, consider that it takes 15 minutes of strenuous exercise to burn 100 calories.  Dr. Nancy Snyderman, the Chief Medical Editor for NBC news, says in an article in Time magazine, “The calories your body burns in fueling the digestive cycle are minuscule compared with the calories in the food itself.  Although chewing celery might seem like a strenuous activity, it burns about the same amount of calories as watching grass grow.”

One of the features that nearly all supposed negative calorie foods share is that they have very high water content.  In addition to celery, among the other foods on this list are watermelon, lettuce, apples, grapefruit, lemons, limes, onions and pickles.  All contain a lot of water and are relatively high in fiber (which is healthy in itself).  However, making a diet exclusively out of these types of foods would eventually cause nutritional deficiencies.

The Director of the obesity and diabetes programs at Harlem’s North General Hospital, Cathy Nonas, notes that, “If you substitute celery for cookies and pretzels, and those are the things that were putting you over the top in terms of weight then yes, you will lose weight.  But you’re not going to lose weight by chewing celery a couple times a day if you’re not exercising and changing what else you eat.”