Is There Really Such a Thing as “Positive Stress”? 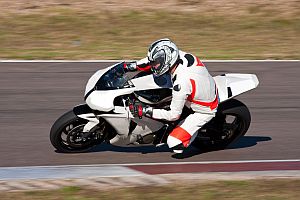 Do you consider yourself an optimist or a pessimist? When the going gets tough, the optimists among you can take heart—new research that has found that viewing stress positively can be of benefit to both the mind and body.

When the brain perceives stress (either physical or psychological), it reacts by releasing cortisol, adrenaline and norepinephrine to prepare the body for a “fight or flight” response. Fortunately for us, this response is not triggered in most people today as frequently as it once was or for the same kinds of reasons. After all, relatively few of us are in life-threatening situations on a regular basis. Today’s “modern” stresses are more likely to be caused by wrestling with the IRS, trying to escape a traffic jam or competing with a coworker for a promotion.

It is interesting to note that stress, in itself, is not necessarily a negative thing. It is how we perceive it that makes it either good or bad for us. This is a hopeful discovery, as most people have only limited control over how much stress they experience. The everyday stresses of modern life are difficult to escape. But if we can train our minds to view them as a challenge rather than a threat, it could actually help to bring about better health.

Scientists from a handful of universities, including Yale University and Columbia University, examined the effects of stress on 300 investment bankers who had just emerged from a round of layoffs (I know it’s difficult to feel bad for the stress of investment bankers, but stay with me here). In the study, published in the Journal of Personality and Social Psychology, scientists divided the participants into two groups, and tried to alter the perception of half of them to view stress as debilitating and the other half to view it as an enhancement.

The first half of the participants were shown videos of people succumbing to stress. The other half were shown videos of people meeting challenges, such as sports figures accomplishing a difficult goal. The results showed that those who had a more optimistic view of stress had fewer health problems, including headaches and muscle pain, and performed better at work than the pessimistic group. In addition, levels of cortisol (the stress hormone) were lower in those who viewed stress as potentially enhancing.

There is actually a term for positive stress, called eustress, which was coined by endocrinologist Hans Selye in the 1970s. It has been proven that stress in moderation improves cognitive performance and improves memory. Good stress involves the kind of challenges where we feel that we are in control and are accomplishing something. It boosts the immune system and can improve heart function. So eliminating all stress from our lives is probably not a good idea.

The stress to watch out for is the chronic, long-term emotional stress, which causes stress hormones to remain at persistently high levels, leading to many chronic ailments such as heart disease, high blood pressure and depression.

However,  viewing certain stressors as challenges rather than threats can be a positive thing and can help ensure that you have a healthy, satisfying and exciting life.