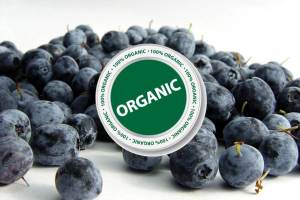 There is no question that organic food costs more than conventionally grown food, and organic has long been out of reach for many consumers due to higher prices at the market. But if you have the money to fork out, is the extra that you are spending worth it? The bottom line is that it depends to some extent on the reason why you are buying organic in the first place. If it is because you believe it is more nutritious, then recent research suggests that you may just as well buy conventionally grown produce. But if you are concerned about pesticide intake and conventionally grown agriculture’s effect on the environment, in addition to avoiding GMOs (genetically modified organisms), then your money is well spent.

A recent meta-study performed by researchers at California’s Stanford University published in the journal Annals of Internal Medicine found that their analysis of 223 studies performed on food evaluating nutrient and contamination levels “lacks strong evidence that organic foods are significantly more nutritious than conventional foods.” However, they did conclude that “Consumption of organic foods may reduce exposure to pesticide residues and antibiotic-resistant bacteria.” Only 17 of the included studies had been performed on humans, the longest of these lasting for only two years. The long-term effect of one type of food compared with another has yet to be established.

There have been many criticisms of this study, one of the most relevant being that researchers did not define what they meant by “significant” in terms of health benefits. In terms of detectible pesticide residues, conventional produce had an average of 38%, and conventionally grown produce, 7%. However, the researchers did not take into account the type of pesticides and their individual impact on health.  It’s also important to note that the amount of pesticide contamination is not the only factor to be considered. Charles Benbrook, from the Center for Sustaining Agriculture and Natural Resources at Washington State University says, “Pesticide dietary risk is a function of many factors, including the number of residues, their levels, and pesticide toxicity.”

In fact, studies that have followed young children from the earliest days of their mothers’ pregnancies through the first few years of childhood have found that exposure to pesticide residues from the beginning of pregnancy can have a significant effect on a child’s development. The children of women who consumed organic food during pregnancy and who ate it throughout childhood had a lower risk of birth defects, eczema, autism, learning and neurobehavioral problems.

Benbrook’s commentary letter on the study, also published in the Annals of Internal Medicine, stated that “I recently completed an assessment of relative pesticide health risks from residues in six important fruits—strawberries, apples, grapes, blueberries, pears, and peaches. Using the latest data from USDA’s Pesticide Data Program (USDA, 2012) on these foods, I found that the overall pesticide risk level in the conventional brands was 17.5 times higher than in the organic brands.… The differences translate into a 94% reduction in health risk from the selection of organic brands.”

Essentially, it’s what you are not getting in your organic produce that you are paying extra for. If your budget is limited, it might pay to take some time to discover which items of produce are likely to be highest in pesticide residues and buy organic forms of that produce. The rest of your produce can be conventionally grown, and there are many local farmers who basically grow their crops in an organic manner but are not certified, which can save you some money.