Is it Really Healthier to Live in the Country? 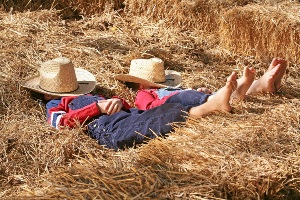 Some decades ago, there was no question that living in the country was healthier than living in the city. Most cities had high levels of crime, pollution and infectious diseases, whereas the fresh country air, open spaces and lack of traffic in rural areas was considered the idyllic way to live. In certain ways, this is still true. However, many cities have cleaned up over the years and there may be real downsides to living in a remote location.

It turns out that city dwellers now tend to live lives that are both longer and healthier than their country-dwelling counterparts. According to the report County Health Rankings, which evaluates the health factors and outcomes in the US county by county, those who reside in rural areas are more likely to be sedentary, obese and smoke cigarettes than those who live in a city. Related to this are higher rates of diabetes, high blood pressure, heart attack and stroke in country dwellers.

On the surface, it does not seem to make a lot of sense. Surely, those who live in the country have better access to clean air, a wide range of outdoor activities, and farm-fresh foods to put on their table. However, just because there is easy access to these things does not mean that the people living there use them or can afford them.

It is true that city dwellers have to deal with higher levels of pollution and violent crime than those in the country. And they also have higher rates of sexually transmitted diseases, alcoholism, depression and low birth weight babies. Nevertheless, they are less likely to suffer a premature death and rate their own overall health as better than those who live in the country rate theirs.

As much as both city and country dwellers make fun of suburbanites, those who live in the suburbs may end up having the last laugh. They have better health overall than either city or country dwellers, with less violent crime, low levels of sexually transmitted disease and higher birth weight babies.

The key factor in the rankings seems to relate to the level of education attained and the average annual household income. Average income was $53,000 in cities, $60,000 in the suburbs, and only $39,000 in most rural locations. This can make a big difference in access to health care and healthy foods. In addition, 25% of the US population lives in rural areas while only 10% of the country’s physicians serve those areas.

One health benefit that still apparently still comes with living in a country setting is lower rates of allergies and asthma in children. The wider variety of microorganisms that live there helps to build a stronger immune system. City dwellers also are at greater risk of mental health problems, with 21% more anxiety disorders and 39% more mood disorders than those who live in the country. Experts believe this is due to the higher daily levels of stress that city dwellers have to deal with.

Both city and country locations have positive and negative things to recommend them. The bottom line is to live where you feel most comfortable. Some city dwellers feel incredibly uncomfortable in the country and even the sound of crickets drives them nuts. Many country dwellers could not imagine trying to live in a city. In the end, if you live in the place you feel most at home you will more likely find yourself living a happy and healthy life.