Is Exercise Still Good for Your Mental Health If You’re Forced to Do It? 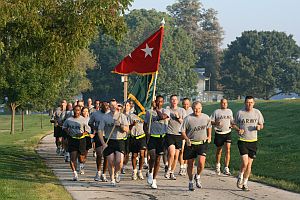 There have been so many studies demonstrating that exercise helps to reduce stress, anxiety, and depression that it is hardly worth bothering to ask the question “Is exercise good for your mental health?” any more. The answer seems to be a resounding “Yes.”

But researchers at the University of Colorado Boulder decided to ask the question a different way. They were interested in people who might be forced to exercise – athletes on high school, college or professional sports teams, members of the military, and patients prescribed a mandatory exercise regimen by their doctors. As study leader Benjamin Greenwood asks, “If exercise is forced, will it still produce mental health benefits? It’s obvious that forced exercise will still produce peripheral physiological benefits. But will it produce benefits to anxiety and depression?” These are viable questions because previous research had indicated that a person’s perception of whether or not they are “in control” can affect their mental state.

To answer these questions, the researchers conducted an animal model study on rats. The rats were divided into two groups – one group that exercised regularly using a spinning “hamster wheel” apparatus, and another that was sedentary. The exercise group was then divided in half, with half of the rats being able to run on the wheel as they wanted to, and according to their own schedule. The other half of the exercise group was forced to run on motorized wheels that mimicked the rats’ natural speed, distance, and activity patterns. Once on the wheel, the rats in this final group had no choice but to exercise.

After six weeks, the three groups of rats were placed in situations that increased their stress levels (extreme confinement) for a day, and the next day were tested for their anxiety levels by confining them in a maze they had previously been taught how to escape from. As expected, the sedentary rats who had not exercised exhibited far more anxiety, remaining motionless for long periods of time before finally being able to recover from the anxiety and escape. But both groups of rats who had exercised showed more resistance to anxiety, and were able to more quickly overcome the stress situations and solve the maze.

As Professor Greenwood explains the findings, “Regardless of whether the rats chose to run or were forced to run they were protected against stress and anxiety. The implications are that humans who perceive exercise as being forced – perhaps including those who feel like they have to exercise for health reasons – are maybe still going to get the benefits in terms of reducing anxiety and depression.”

You may be wondering whether the findings from these types of animal studies can be reliably applied to people. Is it true that the mental health benefits associated with exercise occur in humans whether the exercise is voluntary or forced? The short answer is that the jury is still out. While it’s true that other studies have found that simply “not being in control” may actually reduce anxiety and depression in some individuals, it’s impossible to know for sure.

So if your goal in exercising is to reduce stress and anxiety, it may be premature to hire a personal trainer to yell at you and make you exercise (even if it seems to work on TV)!