Inside the Great “Calories-In” Debate 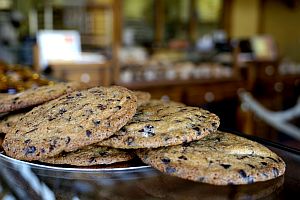 It is no secret that the prevalence of obesity in America has increased dramatically over the last few decades. Since 1980, the obesity rate in American adults has doubled from 15% to 30%. The reason behind this upswing might seem obvious at first: people are simply eating too much food. Recent research, however, suggests that caloric intake might not have increased as much as we might think. Read on to learn more about the “calories-in” debate.

Side A: Caloric Intake Has Increased in the Last Three Decades

“During 1971-2000, a statistically significant increase in average energy intake occurred.” These are the results of a U.S. Centers for Disease Control and Prevention (CDC) analysis of four National Health and Nutrition Examination Surveys (NHANES) conducted between 1971 and 2000. These surveys showed that in 2000 the average man consumed 168 calories a day more than in 1971. The average woman increased her intake by 335 calories a day over the same period. The primary cause of this rise was an increase in the amount of carbohydrates consumed.

Side B: Caloric Intake Might Not Have Increased in the Last Three Decades

A study by a team of Stanford University School of Medicine researchers suggests that the recent rise in obesity might have a different culprit: sedentary lifestyles. The team looked at the same NHNES surveys and found a large increase in reported levels of inactivity. In 1988, 19% of women reported no physical activity. In 2010, this number was 52%. Men were similarly sedentary, with reports of inactivity rising from 11% in 1988 to 43% in 2010. The researchers also reported that they did not find a substantial increase in caloric intake over time.

What Does the Great Calories-In Debate Mean for You?

Which is more important to maintaining a healthy weight: calorie consumption or activity? The results from these two studies make it clear that the answer is “both.” Whether average calorie consumption has increased over the past few decades or not, high caloric intake does lead to weight gain. The same is true of living a sedentary lifestyle. Both aspects must be in balance to maintain a healthy weight. While it is certainly true that the composition of the calories we eat and the timing (and size) of our individual meals matter, most experts agree that “calories-in versus calories-out” is the right fundamental starting point for conversations about weight management and weight loss.

Carrying extra weight is very hard on the musculoskeletal system, and many of our patients come to us with issues that can be either caused or made worse by excess stress placed on their bones, muscles and joints. When weight and overall fitness levels are an issue, we work closely with our patients to find the right combination of diet, exercise, and attitude to achieve the results they’re looking for. No matter what caused the overall increase in American obesity, the only way for individuals to move forward is to create a lifestyle that contributes to a healthy weight. If you’re not sure where to start, we can help! Get in touch with us to learn more.