In-Home Genetic Testing Kits: What You Should Know 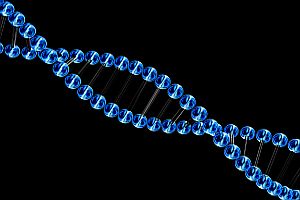 Knowing whether or not you have a genetic predisposition to certain diseases can allow you to take extra precautions so you can do as much as possible to help minimize the risk of contracting the disease or lessening its severity. Genetic testing used to be very expensive and was performed at just a handful of laboratories, far beyond the reach of the average person. However, the development of in-home genetic testing kits has changed everything.

Nowadays, a genetic test doesn’t even require a trip to your doctor to have blood drawn. All you have to do is spit into a special tube or take a swab of the inside of your cheek and pop that sample into the mail. A lab can then run a variety of genetic tests, and your results will be sent directly to you. Although they don’t cost in the tens of thousands of dollars like they used to, genetic tests are still not exactly cheap. So are the results you receive worth the money you spend?

The main benefit of in-home genetic testing kits is that they can identify SNPs (single nucleotide polymorphisms). These are special genetic markers that suggest that the person carrying them has a greater risk than other people of contracting certain diseases. It’s important to understand that SNPs are not themselves the causes of these diseases. Rather, they have simply been shown to be associated with them in clinical trials. This can be useful for those who have a family history of diseases such as breast cancer so that they can reduce lifestyle risk factors such as smoking and lack of exercise. It may also be useful in determining if certain pharmaceutical drugs are more or less likely to be effective against a disease you may have.

However, there are also a number of potential drawbacks to genetic testing. First of all, they still cost several hundred dollars, depending on exactly what you want tested. Even the basic kits cost upwards of $200. And even though the test can indicate whether you’re at greater risk, it cannot tell you definitively if you actually will contract any particular disease. Additionally, knowing you are at greater likelihood of getting a disease such as ALS (Lou Gehrig’s disease) can do nothing but cause anxiety as you wait for possible symptoms to show up for a disease that currently has no cure.

A 2012 report by the Government Accountability Office (GAO) using undercover subjects found that the results of many of the tests were misleading. One undercover person was told that he had an average risk of prostate cancer by one company, a lower risk of it by another company, and a higher risk by a third. Even accurate results can foster either false fear or false hope in people.

Consider carefully before shelling out hundreds of dollars on an in-home genetic testing kit. Knowing your risk of acquiring a certain disease may worth it to you, but then sometimes just doing your best to live a healthy lifestyle overall may be the best thing you can do to reduce your risk of getting a disease.