How to Make New Habits “Stick” 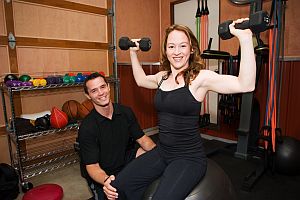 Forming new habits can be just as difficult as breaking old ones. But when you stop to think about it for a moment, it is clear that all of our habits, both positive and negative, had a beginning—a time BEFORE the behavior became a clear, recognizable pattern. In other words, there was a time when your current habits weren’t yet habits at all!

So how do new habits actually form? And is there a way for us to develop POSITIVE new habits in a focused, deliberate way? We call this “making new habits ‘stick’”.

Like anything we learn, our first attempts at any new skill are usually halting and inconsistent. But slowly it becomes second nature until we can’t remember a time when we found the behavior unusual, uncomfortable or challenging. Once we’ve learned how to do something and turned that something into a recurring pattern of behavior, it’s “like riding a bicycle,” as the saying goes…

New York Times investigative reporter Charles Duhigg became something of an expert on the science of habit formation and change. He read hundreds of studies and interviewed the scientists who conducted them to discover the mechanisms behind habit formation, and wrote a book on the subject, “The Power of Habit: Why We Do What We Do in Life and Business.”

Duhigg has described a self-reinforcing process he calls the “Habit Loop”. Based on his interpretation of neurological studies, Duhigg believes that every habit has three components: “a cue—a trigger for a particular behavior; a routine, which is the behavior itself; and a reward, which is how your brain decides whether to remember a habit for the future.” For example, let’s say you want to stop being admonished by your dentist for not flossing regularly. First you put the dental floss right next to the toothpaste, so you can’t miss it (the cue). Then every time you go to brush your teeth (the routine) you floss because it’s right there in front of you. Finally, when you go to the dentist, he or she praises you for flossing regularly (the reward).

Establishing a new habit takes most people about 30 days, although it can frequently take twice that. You can improve your chances of success if you’re able to do a little advance planning. For instance, imagine you want to develop a habit of going to the gym every day. First, start small. For the first month, plan on going to the gym three days a week for 30 minutes each. Plan your workouts for days and times that are least likely to have things such as work or childcare interfere with your gym schedule. It can also help to enlist a buddy who has similar goals to join you so you can reinforce each other’s commitment. Then figure out a reward to give yourself for each completed workout, such as going out for a drink afterward with your workout buddy or enjoying a little Ben and Jerry’s, guilt-free. You can also give yourself some long-term rewards to envision, such as looking good in a bikini on the Caribbean beach you plan to visit next summer. If you can stick with it regularly for a month, there’s a good chance it will become part of your weekly ritual and you will soon crave your workouts. You can then gradually build up to more days. In three months, you may find that if you have to skip a workout you actually MISS it! Something’s just not right…

Duhigg says “If you can identify the right cue and reward—and if you can create a sense of craving—you can establish almost any habit.”