How to Identify Genetically Engineered Foods 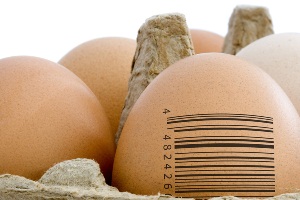 Biotech and chemical companies such as Monsanto and DuPont don’t want to make it easy for you to know which products on your local supermarket shelves contain genetically engineered foods (also known as genetically modified organisms or GMOs).  They spent tens of millions of dollars to defeat a California proposition that would have required labeling of these products.

The food industry is also generally against GMO labeling, since many large food companies use genetically modified ingredients in their products and do not want the added expense and complexity of complying with state-by-state packaging regulations.  Nor do they welcome the idea that some consumers might change their buying habits based on this new information.

Based on a number of animal studies, the American Academy of Environmental Medicine (AAEM) advised doctors “to educate their patients, the medical community, and the public to avoid GM (genetically modified) foods when possible and provide educational materials concerning the dangers of genetically modified foods.”  Thus far, the Food and Drug Administration has refused to require labeling on genetically engineered foods.

Whether labeling is required or not, there are still some things you can do to help reduce your likelihood of consuming foods containing GMOs:

Corn – This product may be the most difficult to avoid, as it is a key ingredient in a huge array of processed foods, particularly in high fructose corn syrup.  Unless the food is labeled as 100% organic, if it has any type of corn in it you may want to think twice about buying it.  However, there is currently no genetically modified popcorn on the market, so you are likely safe there.  If you want butter on it, add some yourself, as artificial “butter flavor” most likely contains genetically engineered flavoring.

Soybeans ­– This includes more than soy milk, tofu and edamame.  Such products as soy protein, soy flour, soy lecithin and isoflavones may also be genetically engineered unless they are labeled as 100% organic.

Canola (Rapeseed) – Unless you live in the EU, 95% of the canola oil sold comes from genetically engineered rapeseed.  A better choice for cooking is to use sunflower oil or grape-seed oil, which are not likely to be from GM crops.

Dairy – Buy dairy products that are 100% organic and labeled as rBST- or rBGH-free.  On industrial dairy farms, cows are commonly injected with these genetically engineered hormones in order to boost milk production.  They also eat genetically modified feed.